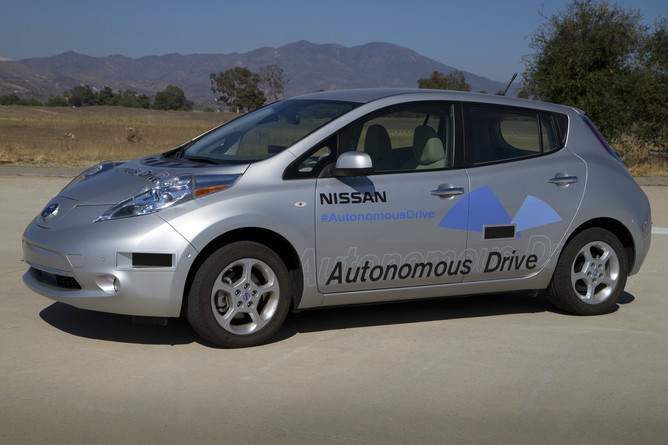 Nissan will be ready with multiple, commercially-viable Autonomous Drive vehicles by 2020, says the company. Autonomous driving will be achieved at ‘realistic prices’ for consumers, according to Nissan, and the goal is availability across the model range within two vehicle generations.

Carlos Ghosn (CEO, Nissan): I am committing to be ready to introduce a new ground-breaking technology, Autonomous Drive, by 2020, and we are on track to realize it.

Nissan is building a dedicated autonomous driving ground in Japan, to be completed by the end of next year. Featuring real townscapes (masonry, not mock-ups), the test area will be used extensively for vehicle testing.

Nissan engineers have been carrying out research on the technology for years, alongside teams from universities, including MIT, Stanford, Oxford, Carnegie Mellon and the University of Tokyo. Its autonomous driving technology is an extension of its Safety Shield, which monitors a 360-degree view around a vehicle for risks, and offers warnings to the driver and takes action if necessary.

Autonomous drive will have implications throughout the design and construction of cars. For example, collision-avoidance by machines with the capability to react more rapidly than a human driver, will place new demands on the chassis and traction control.

If you are curious, here is the list of organizations working with Nissan on autonomous vehicle technology: