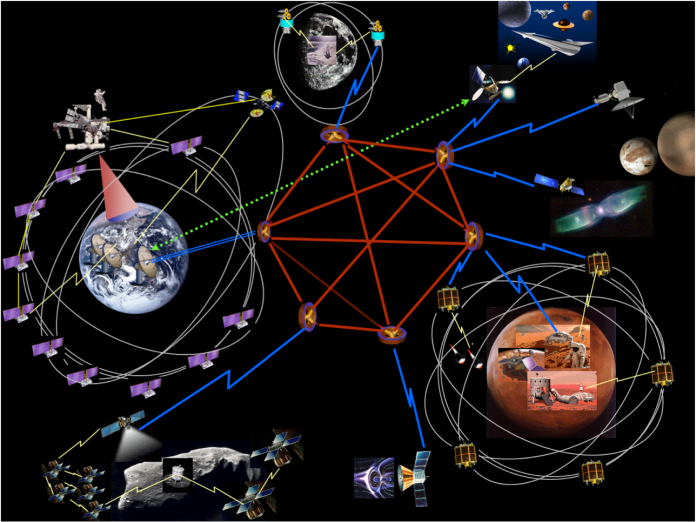 NASA has established operational Delay/Disruption Tolerant Networking (DTN) service on the International Space Station (ISS); which the space agency says is a major step towards creating an internet that will work across the solar system.

The DTN service is expected to help automate and improve data availability for space station experimenters. NASA says it worked closely with one of the “fathers of the internet,” Dr. Vinton Cerf, vice president and chief internet evangelist for Google and a distinguished visiting scientist at NASA’s Jet Propulsion Laboratory in Pasadena, California, to develop DTN.

DTN works by providing a “store and forward” data network that stores partial bundles of data in nodes along a communication path, until the parts can be forwarded or retransmitted, then re-bundled at the final destination – either to ground stations on Earth, robotic spacecraft in deep space, or, one day, humans living on other planets, says NASA. This differs from traditional Internet Protocols that require all nodes in the transmission path to be available during the same time frame for successful data transmission.

Aboard the space station, DTN was added to the Telescience Resource Kit (TReK), a software suite for researchers to transmit and receive data between operations centers and their payloads aboard station.

This first use of the service as an operational capability on a space mission marks the beginning of the space station as a node in the evolving Solar System Internet. In addition to use in space, DTN can benefit environments where communications are unreliable, such as disaster response areas.

“Our experience with DTN on the space station leads to additional terrestrial applications especially for mobile communications in which connections may be erratic and discontinuous,” said Dr. Cerf.  “In some cases, battery power will be an issue and devices may have to postpone communication until battery charge is adequate. These notions are relevant to the emerging ‘Internet of Things’. “

NASA has worked with the Internet Research Task Force (IRTF), the Consultative Committee for Space Data Systems(CCSDS), and the Internet Engineering Task Force (IETF) for international standardization. Several DTN implementations are publicly available as open-source code, as well. The space station will initially use two of them, NASA’s Interplanetary Overlay Network (ION) implementation and the IRTF’s DTN2 implementation.

This networking service represents more than a decade of work led by NASA’s Advanced Exploration Systems, says the space agency.