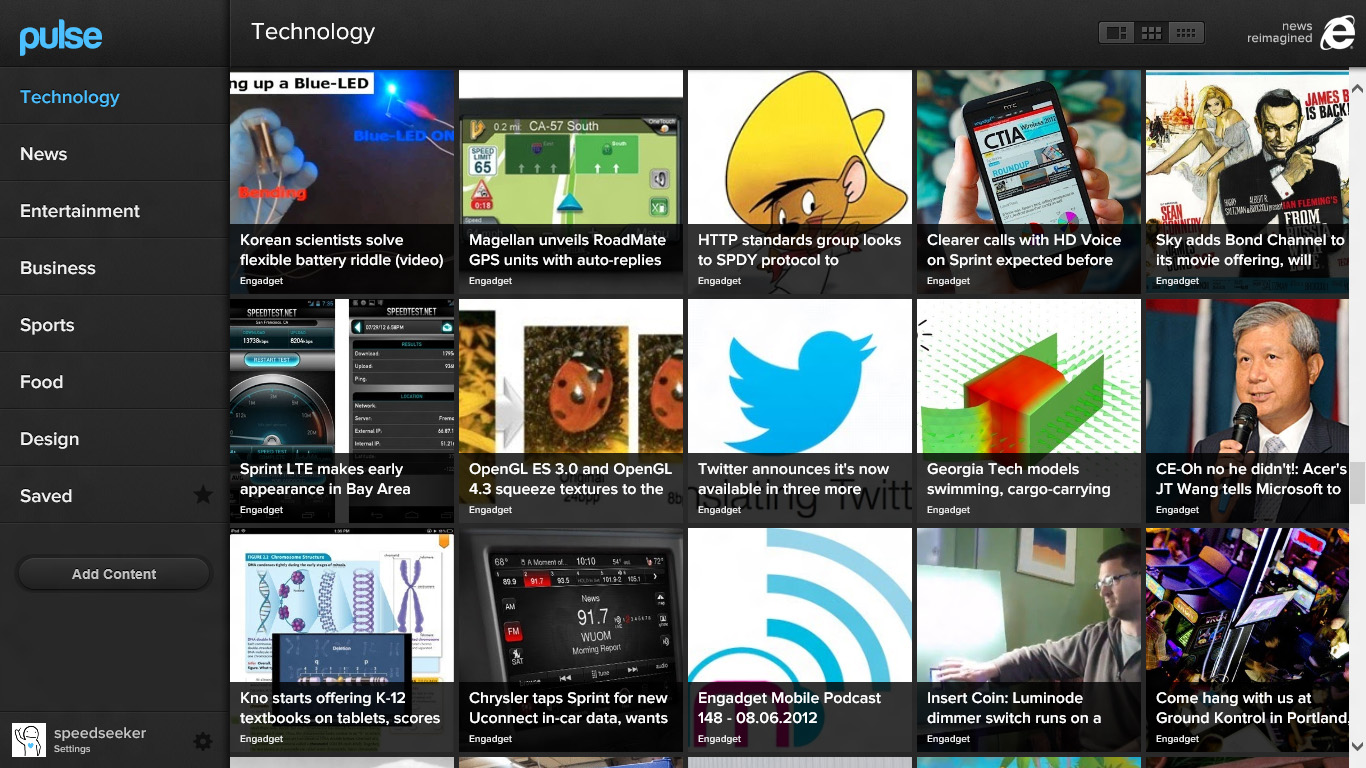 Pulse, a popular mobile news app, is getting a Web avatar.  Pulse worked in conjunction with the developers at Pixel Lab and the Windows Internet Explorer team at Microsoft to completely redesign Pulse into a Web service using HTML5.

The Web version will work seamlessly with the Pulse mobile apps on iPhone, iPad, Android or Kindle Fire.  You can check out the Pulse Web version at http://www.pulse.me

Pulse has more than 15 million users who read upwards of 250 million stories each month. It is now available on most modern browsers, including Internet Explorer, Chrome, Safari & Firefox. Pulse was released two years ago as an iPad app by two graduate engineering students at Stanford University, Akshay Kothari and Ankit Gupta, as part of a course at the Institute of Design.