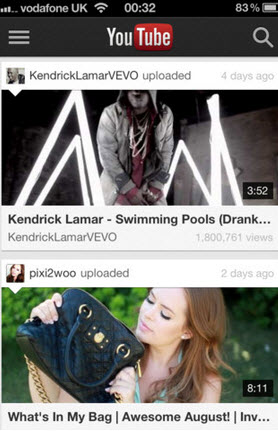 Google has launched an official YouTube app for iPhones and iPod , built by YouTube engineers. You can expect an optimized version of the YouTube app for iPad in the coming months. In the meanwhile, if you are curious to check out the new app from your iPads, do it. The app is available for download from the Apple App store.

The YouTube app comes with a YouTube channel guide and new search tools that give suggestions while you type, and let you sort through videos or channels. If you are using this app, you will also be seeing ‘new’ advertisements. Apple’s avatar of YouTube did not show ads.

Google’s YouTube app debut comes in the wake of Apple confirming that its YouTube license with Google has expired, and that subsequent iterations of the iOS would not feature the app. The YouTube app was part of iPhones and subsequently iPads since their launch.

YouTube has to the tune of 1 billion mobile views a day.