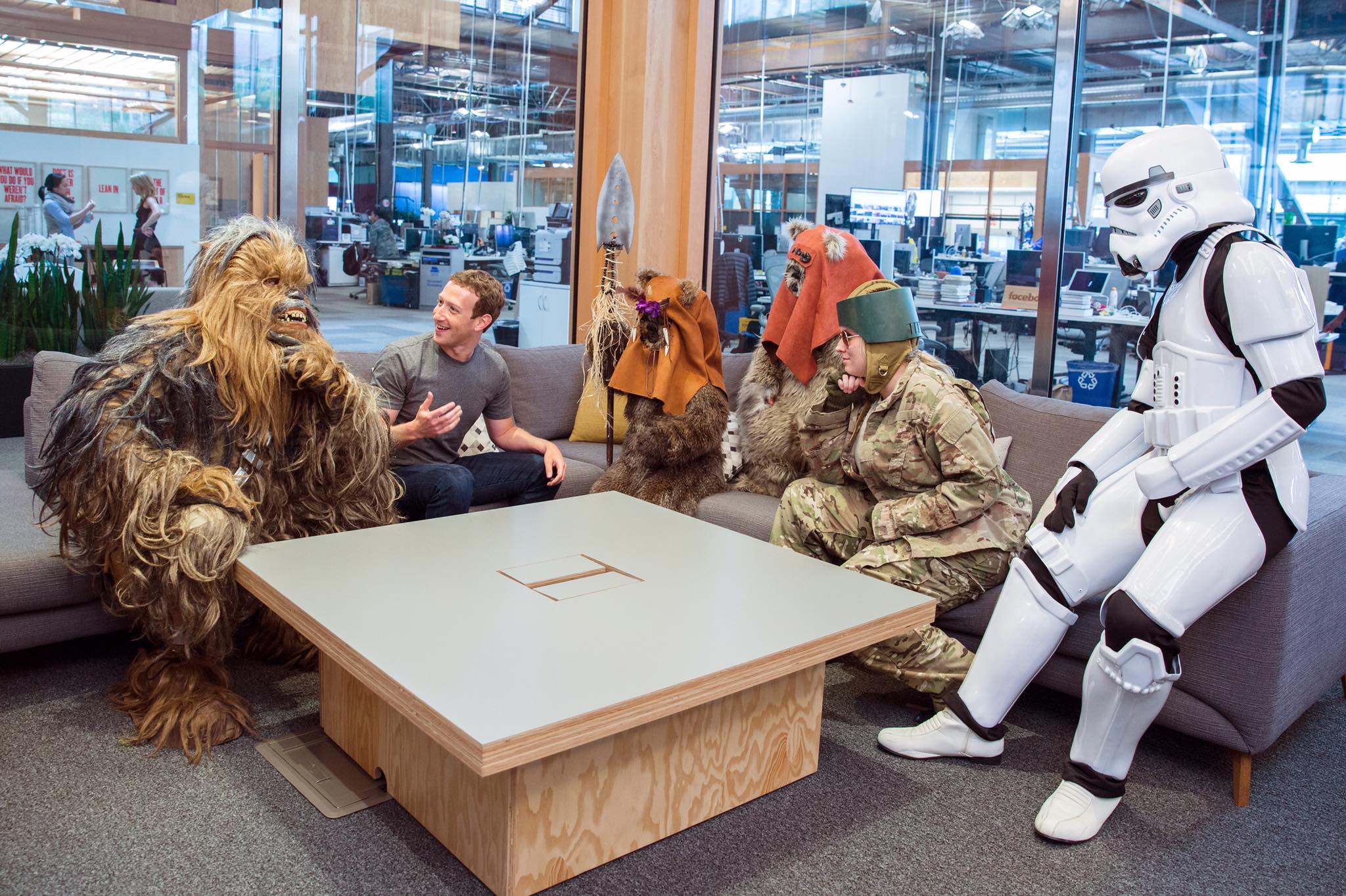 The Force is strong with this one! Mark Zuckerberg celebrates Star Wars Day at a Facebook team meeting. May 4 is Star Wars Day, observed by fans of the movie franchise all over the world. “May the Fourth be with you,” is a play on the phrase “May the Force be with you.”

Since Disney purchased Lucasfilm, the company has officially started celebrating Star Wars Day with events and festivities at Disneyland and Walt Disney World.

Reportedly, the phrase “May the Fourth be with you” was first used on May 4, 1979 to congratulate Margaret Thatcher when she took office as Prime Minister of the United Kingdom.