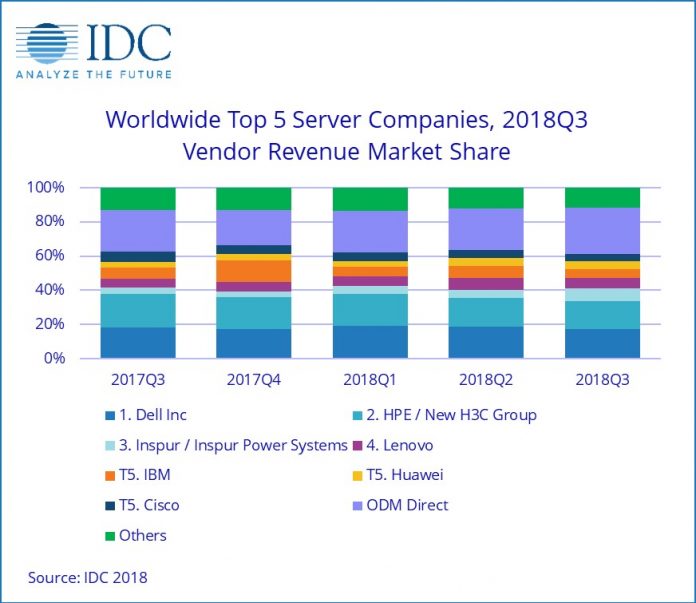 Dell achieved the number one position in the worldwide server market in 3Q18 with 17.5% revenue share and 33.3% growth.

Inspur/Inspur Power Systems took third position in the market with a share of 7.3% while the new joint venture contributed to 156.5% growth year over year.

IBM, Huawei, and Cisco rounded out the top five, all statistically tied with vendor revenue shares of 5.1%, 4.5%, and 4.5% respectively.

The ODM Direct group of vendors increased its collective revenue by 51.9% year over year to nearly $6.3 billion. Dell led the worldwide server market in terms of unit shipments, accounting for 17.6% of all units shipped during the quarter.