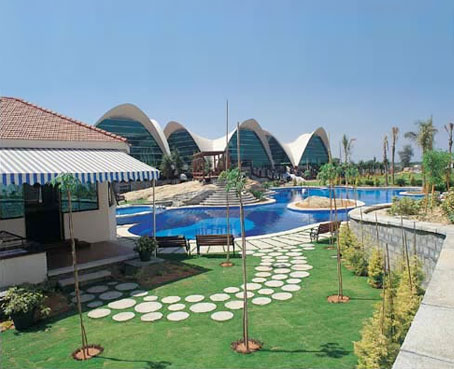 The fastest-growing segment within the ITO market is cloud compute services, which is part of the cloud-based infrastructure as a service (IaaS) segment. Cloud compute services are expected to grow 48.7 percent in 2012 to $5.0 billion, up from $3.4 billion in 2011.

“Today, cloud compute services primarily provide automation of basic functions. As next-generation business applications come to market and existing applications are migrated to use automated operations and monitoring, increased value in terms of service consistency, agility and personnel reduction will be delivered”, said Gregor Petri, research director at Gartner. “Continued privacy and compliance concerns may however negatively impact growth in some regions, especially if providers are slow in bringing localized solutions to market.”

Data center outsourcing (DCO), a mature segment of the ITO market, represented 34.5 percent of the market in 2011, but growth will decline 1 percent in 2012. “The data center outsourcing market is at a major tipping point, where various data center processing systems will gradually be replaced by new delivery models through 2016. These new services enable providers to address new categories of clients, extending DCO from traditional large organizations into small or midsize businesses,” said Bryan Britz, research director at Gartner.

The application outsourcing (AO) segment is expected to reach $40.7 billion, a 2 percent increase from 2011 spending of $39.9 billion. This growth reflects enterprises’ needs to manage extensive legacy application environments and their commercial off-the-shelf packages that run the business.

“Change is afoot in the AO market. The burdens of managing the legacy portfolio, along with the limitations of IT budgets, have shifted the enterprise buyers to be cautious and favor a more evolutionary approach to other application services, such as software as a service (SaaS),” said Mr. Britz. “New applications will largely be packaged and/or SaaS-deployed in order to extend and modernize the portfolio in an incremental manner. While custom applications will remain ‘core’ for many organizations, the trend in the next few years to SaaS enablement in the cloud will reflect in the growth of the AO outlook.”

While there will be some impact from the ongoing business slowdown due to sovereign-debt issues in Europe and slowing exports in China, Gartner expects the ITO market in the emerging Asia/Pacific region to represent the highest growth of all regions.

Spending on ITO in the Asia/Pacific region will grow 1 percent in U.S. dollars in 2012 and exceed 2.5 percent growth in 2013. With the exception of Japan, Australia, New Zealand, and to a lesser degree, Singapore and Hong Kong, the countries in Asia/Pacific are quite new in terms of outsourcing usage, understanding and sophistication. The growth is being driven by the large inflow of capital into Asia over the past three to five years, leading to the need among global and regional businesses to scale up their operations.

In North America, Gartner expects that buyers will seek to transition more IT work to annuity-managed service relationships for cost take-out and IT costs. This will keep ITO growing through 2016. Enterprises’ reluctance to hire or make large capital purchases, as well as their pursuit of asset-light IT strategies, continues to push clients toward consuming externally provided services.

A challenging economic scenario that worsened in late 2011 continues to affect the government policies and end-user sentiment in many key European countries, resulting in a forecast for Western Europe ITO growth decline of 1.9 percent in U.S. dollars during 2012. Reinvigorated economic pressure is delaying the willingness of many commercial organizations to focus on enhancing competitiveness rather than cost reduction. In addition, the European public sector will continue to see a cautious budget environment throughout 2012. This will force many central and local government entities to concentrate on outsourcing initiatives aimed at reducing IT cost through IT efficiencies and rationalization.