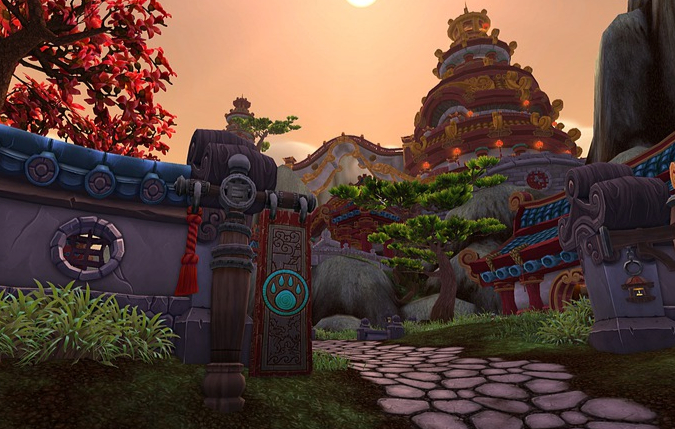 World of Warcraft: Mists of Pandaria, the fourth expansion set for the subscription-based massively multiplayer online role-playing game from
Blizzard Entertainment, will be available in stores and online starting from September 25, 2012. In World of Warcraft: Mists of Pandaria, warships of the Alliance and Horde clash off the coast of a long-lost continent, signaling the start of a new era of discovery and conquest in Azeroth.

Features: Mists of Pandaria features include a new playable race (the pandaren) with its own starting zone and quests, a new character class (the monk), and an expansive new continent for players to explore as they adventure to the new level cap of 90. The expansion also includes new gameplay elements like scenarios — a cooperative PvE trial; challenge modes, which offer high-prestige rewards for mastering Mists of Pandaria’s 5-player dungeons; and a new pet battle system.

Mists of Pandaria will retail for $39.99. A collector’s edition with bonus items will be available exclusively in retail stores for $79.99. master.