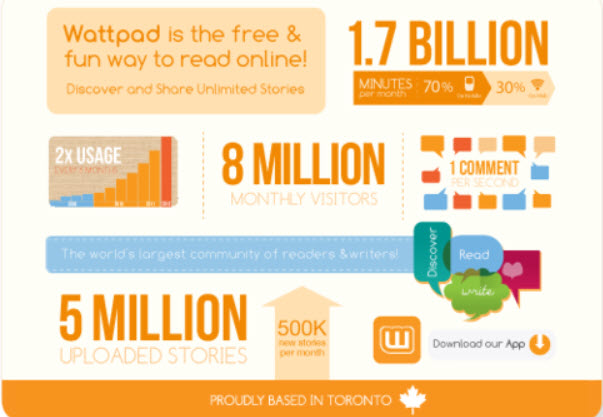 Allen Lau (CEO and Co-founder, Wattpad): Not many people know that we’re seeing engagement numbers which rival Pinterest, as we give users a new way to create and be entertained.

Based in Toronto, Wattpad is funded by Union Square Ventures, W Media Ventures and Golden Venture Partners. There are some 5 million stories in 25 languages posted in Wattpad, and over 500,000 new stories are added each month, says the company. There are around 8 million unique monthly visitors and a comment posted every second.