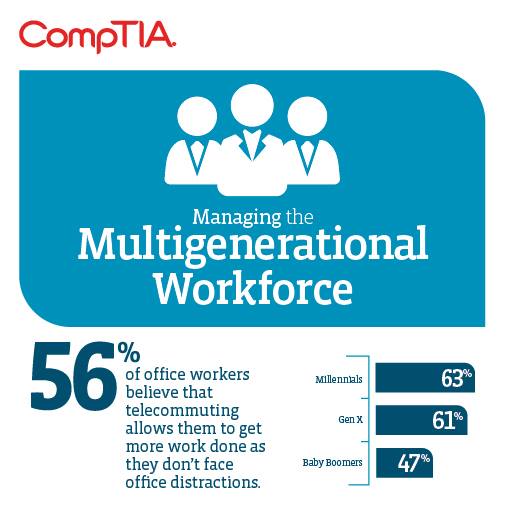 Employment in the U.S. information technology (IT) sector increased by 3,600 jobs in April, according to an analysis of Bureau of Labor Statistics data by CompTIA, the nonprofit association for the technology industry. Through the first four months of 2016, the IT sector has added 24,400 jobs and now employs an estimated 4.37 million people.

Among other specific employment categories, computer and electronic products manufacturing increased by 500 jobs in April. Data processing, hosting and related services (down 600 jobs) and other info services, including search portals (down 400 jobs) recorded employment declines.

The number of IT occupation job postings in April totaled 138,700, a decline of 17,200 from March. The biggest category for job postings last month was software and application developers, at 69,000 postings, signaling robust demand for software talent. Other categories of note included computer systems engineers and developers (18,600), web developers (18,200), computer systems analysts (16,600) and IT project managers (16,300).

Every job posting does not result in a new hire, and companies often will have multiple job postings for a single position. But the job posting number is another indicator of where companies are focusing their technology efforts.

CompTIA’s report on U.S. tech employment is based on an analysis of today’s Employment Situation report from the Bureau of Labor Statistics. Overall, nonfarm payroll employment increased by 160,000 in April and the unemployment rate was unchanged at 5.0 percent.