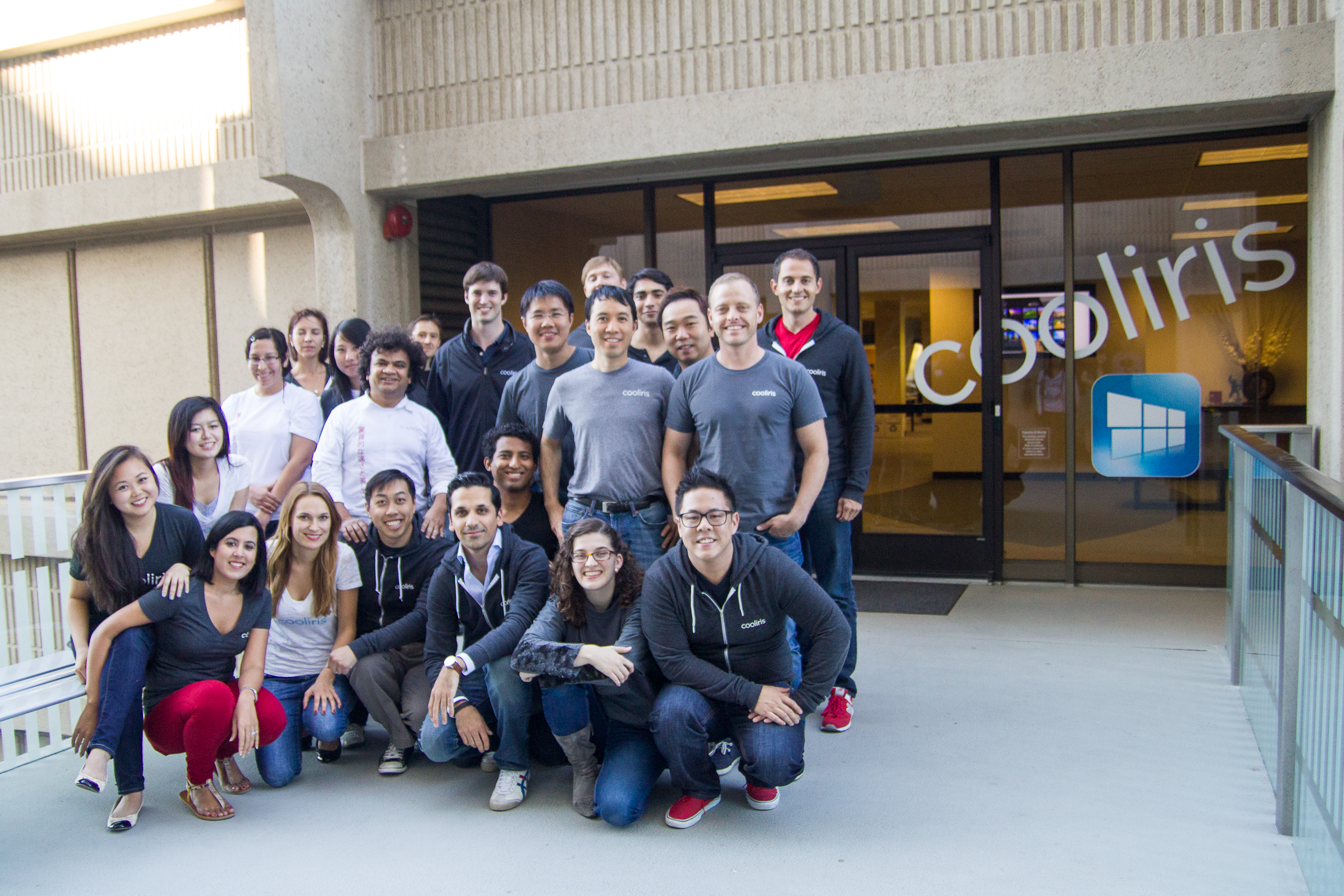 Austin Shoemaker started working for Apple when he was 11-years old, testing pre-release software and hardware. The Human Resources head with Apple at the time, Eileen Schloss, made an exception to the company’s age restrictions to hire Mr. Shoemaker as an intern.

Soujanya Bhumkar studied chemical engineering, following it up with a MBA at the University of Chicago. He started his career in the frozen food business, working with low-fat French fries.

Together, the duo have co-founded, and run Cooliris, a hugely successful photo viewing and sharing service. The Palo Alto, California-based company just inked a major deal with Chinese Search giant Baidu; under the terms of which the 100 million or so Baidu users will be using Cooliris mobile photo sharing. The company is also in talks with OEMs, telcos, and Internet companies in Asia for partnerships and carrier distribution deals.

Cooliris is among the top U.S mobile apps ranked by unique visitors, and is ranked ahead of Yahoo Messenger, by comScore. The Cooliris browser plugin has been downloaded over 50 million times. Investors in the company include Kleiner Perkins Caufield & Byers, DAG Ventures, the Westly Group, T-Venture and Docomo Capital.

Excerpts from a Q&A with the Cooliris founders:

The idea behind the Cooliris app

Soujanya: The definition of personally relevant media has been evolving. Media is now spread across multiple devices, across multiple services, also across people. It is not a flat network; people interact differently and share different things with family or friends. Cooliris lets users connect all their sources, they can save the pictures wherever they want, and share selectively based on the context.

We are also planning to launch media organization (search and discovery) as well as in-app purchases in Q4 this year.

Soujanya: Austin is a genius, he has an answer for everything! We were introduced by a common friend in 2006, and started Cooliris together. He heads technical, and I lead business initiatives. I am because of my team.

Overall, at Cooliris, we have a culture that is defined by WIT (Whatever it takes). As a team, we leverage the strengths of each individual and complement each others’ skills. We don’t believe in being “boxed-in” but rather want to be true explorers. As a team we can come together and solve the need with overwhelming force rather than being spread too thin.

We have 18 collaborators. Age is not a metric that we take into account.

The three main pillars which define culture at Cooliris are: Collaboration, Meritocracy and Respect.

Our underlying business model is made up of three things: 1] Make a big impact, 2] Make money, and 3] Have fun.

Scale is not linear, scale has to be exponential.

Austin: I tackle design and engineering, Soujanya tackles marketing and business. We overlap and collaborate on these and other aspects. The organizational structure is relatively flat, and everyone at the company owns a part of product development or operations.

Soujanya: As a team, our standards of quality are very, very high. Earlier, we used to have QA support, but now the whole team does QA. We are developing what we want to deliver, and this makes the team stronger. We call these testing events bug bashes.

We have a release typically every six weeks, so every year we are looking at nine major releases. Each release has at least five days of testing time and several tests/bug bashes during the release. So it’s fair to say that we have over 50 bug bashes per year!

We also take working vacations with the team, we find it is a huge team building and bonding experience.

The technology stack used in Cooliris

Austin: Our mobile apps for iOS and Android use a combination of Objective-C, C++, and Java. Native apps for OS X and Windows are in the pipeline. We built the Cooliris UI engine to enable fluid, immersive experiences on multiple platforms.

Our backend is a real-time datastore we built with Scala and Akka. Our web app uses node.js, AngularJS, and an in-house framework. Nginx is our frontend web server. Everything runs in EC2 on Amazon Web Services.

Working with Google’s Andy Rubin, and the Cooliris Android gallery

Soujanya: Andy reached out, and it was one of the best decisions for Cooliris to have worked with him and the Android team in creating the Gallery – the native app for photos and videos on Android. It moved the company from being desktop centric to becoming mobile first.

Austin: We proposed a design and after some iteration got to work. The end result was great – a fast, fluid media viewer that organized your content by time and location. We checked in with Andy regularly and spent the last few weeks on the Google campus collaborating with the Android team. The entire project from beginning to end took two months. It was a blast.

Open to be being acquired

Soujanya: Somebody bigger can help us accomplish more. We will look at offers, but we are not proactively seeking to be acquired. (Cooliris is venture-backed by Kleiner Perkins Caufield & Byers, DAG Ventures, The Westly Group, T-Venture and DOCOMO).

Soujanya: The risk of inaction is higher than the cost of giving an opportunity your best shot. You have to be crazy about your idea and relentless in its execution.

Austin: Solve a problem you are passionate about. Find great people to work with – the culture builds around the earliest people. Encourage collaboration, yet be decisive. Iterate toward your long-term vision, incorporating real-world data into your decision-making. Prioritize your goals and say no to distractions.

Have fun and build great things!