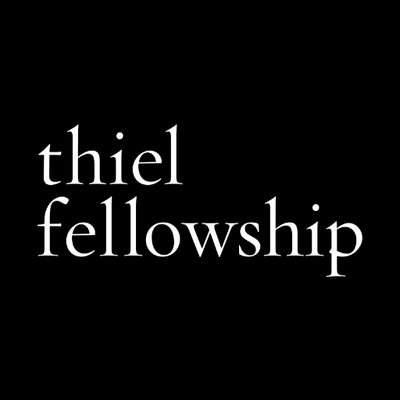 The Thiel Foundation has named 20 people into the 2018 class of Thiel Fellows. The Fellowship program, which launched in 2011, encourages young people to pursue big ideas and start companies instead of attending college.

Fellows receive $100,000 and mentorship from the Thiel Foundation’s network of technology founders, investors, and scientists.

To date, companies created by Thiel Fellows are worth more than $3 billion combined, not including Thiel fellow-created Ethereum, a distributed computing platform whose cryptocurrency Ether has a market cap of about $50 billion as of June 22, according to a statement from the foundation.

Axel Ericsson (San Francisco, CA / Stockholm, Sweden)
Vest
Blockchain
Axel is a co-founder of Vest, a company building software for Ethereum and other blockchains that enables users to earn interest on their cryptocurrency.

Daniel Ternyak (Minneapolis, MN)
MyCrypto
Blockchain
Daniel is the CTO of MyCrypto, and is helping to facilitate the transition to a decentralized society by bringing accessibility to Ethereum and other blockchains.

Jamie Cox (Oxford, U.K.)
Flare
Internet infrastructure
Jamie is a co-founder of Flare, which is building technology to turn any internet-connected device into a cloud server and eventually build the infrastructure for a new decentralized internet.

Joey Varikooty (Edison, NJ)
Amber Agriculture
Hardware
Joey is a co-founder of Amber Agriculture, a company leveraging the latest in analytics and automation to manage, protect and market grain.

Joshua Browder (London, U.K.)
DoNotPay
Artificial intelligence
Joshua is the founder and CEO of DoNotPay, the world’s first robot lawyer, which aims to make the law free, automated and instant for consumers.

Josh Sakhai (Great Neck, NY)
Ephemeral Tattoos
Consumer biotechnology
Josh is a co-founder of Ephemeral Tattoos, a company developing a suite of semi-permanent tattoo inks—applied by tattoo artists— that disappear completely on their own.

Liam Berryman (San Mateo, CA)
Nelumbo
Energy efficiency
Liam is a co-founder and CEO of Nelumbo, a company that has developed a new materials platform that is able to significantly increase the energy efficiency of any refrigeration system.

Meghan Sharkus (Oregon, WI)
ExpressionMed
Medical accessory
Meghan is a founder and CEO of ExpressionMed, a company that creates supplemental adhesives for wearable devices in chronic care, allowing people with diabetes to wear their devices longer, more comfortably, and without pain or residue upon removal.

Robert Habermeier (Bethesda, MD)
Polkadot
Blockchain
Robert is a co-founder of Polkadot, a project that aims to reshape the existing internet structure into a completely decentralized web.