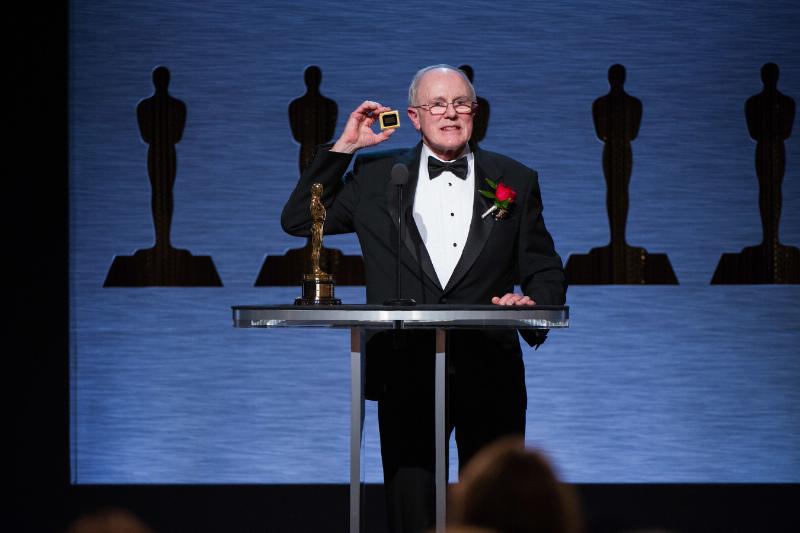 Larry Hornbeck, inventor of the digital micromirror device (DMD) or DLP chip, the technology that led to the design and development of DLP Cinema display technology from Texas Instruments, has been awarded an Oscar for his contribution to revolutionizing how motion pictures are created, distributed and viewed. The industry’s conversion from 35-mm motion picture film to digital cinema is nearly complete worldwide, with DLP Cinema technology now powering more than eight out of 10 digital movie theatre screens.

Development of the DLP chip began in TI’s Central Research Laboratories in 1977 when Mr. Hornbeck first created “deformable mirrors” to manipulate light in an analog fashion. But the analog technology consistently fell short of expectations. It was not until 1987 that he invented the DMD, the technology that would become known as the DLP chip.

During the mid-1990s, TI established the DLP Cinema team, chartered to develop a digital projector that could match the quality of 35-mm motion picture film. The resulting technology made its public debut in 1999, when “Star Wars: Episode 1 – The Phantom Menace” was released as the first full-length motion picture shown with DLP Cinema technology.

Over the subsequent 15 years, the cinema industry has nearly completed the conversion from film projectors to digital cinema projectors. Today, digital projectors powered by DLP Cinema technology are installed in more than 118,000 theatre screens around the globe, according to TI.