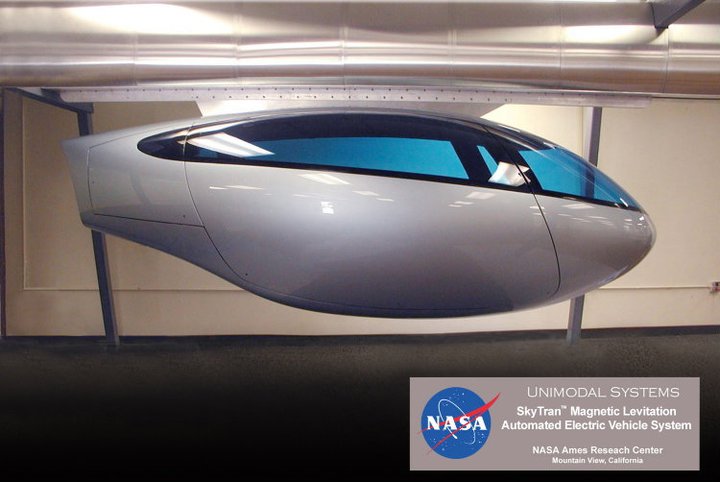 SkyTran is like being in a chauffeur-driven limo, according to its website. The vehicular system consists of two-person pods that are suspended from overhead rails. Instead of tires or wheels, SkyTran uses magnetic levitation.

The pods can travel at speeds up to 150 miles per hour. To give us a perspective, it would take us roughly 2.54 hours on SkyTran to go from San Francisco to Los Angeles.

With SkyTran, commuters enter a continuously-moving stream, and stop only at their destinations. There are no locked-in schedules to follow. Personally-designated vehicles are called for online, and arrive almost instantaneously for a quick departure, according to the company.

Tel Aviv Mayor Ron Huldai spoke to Bloomberg News about SkyTran. You can read the story by Peter Coy here.