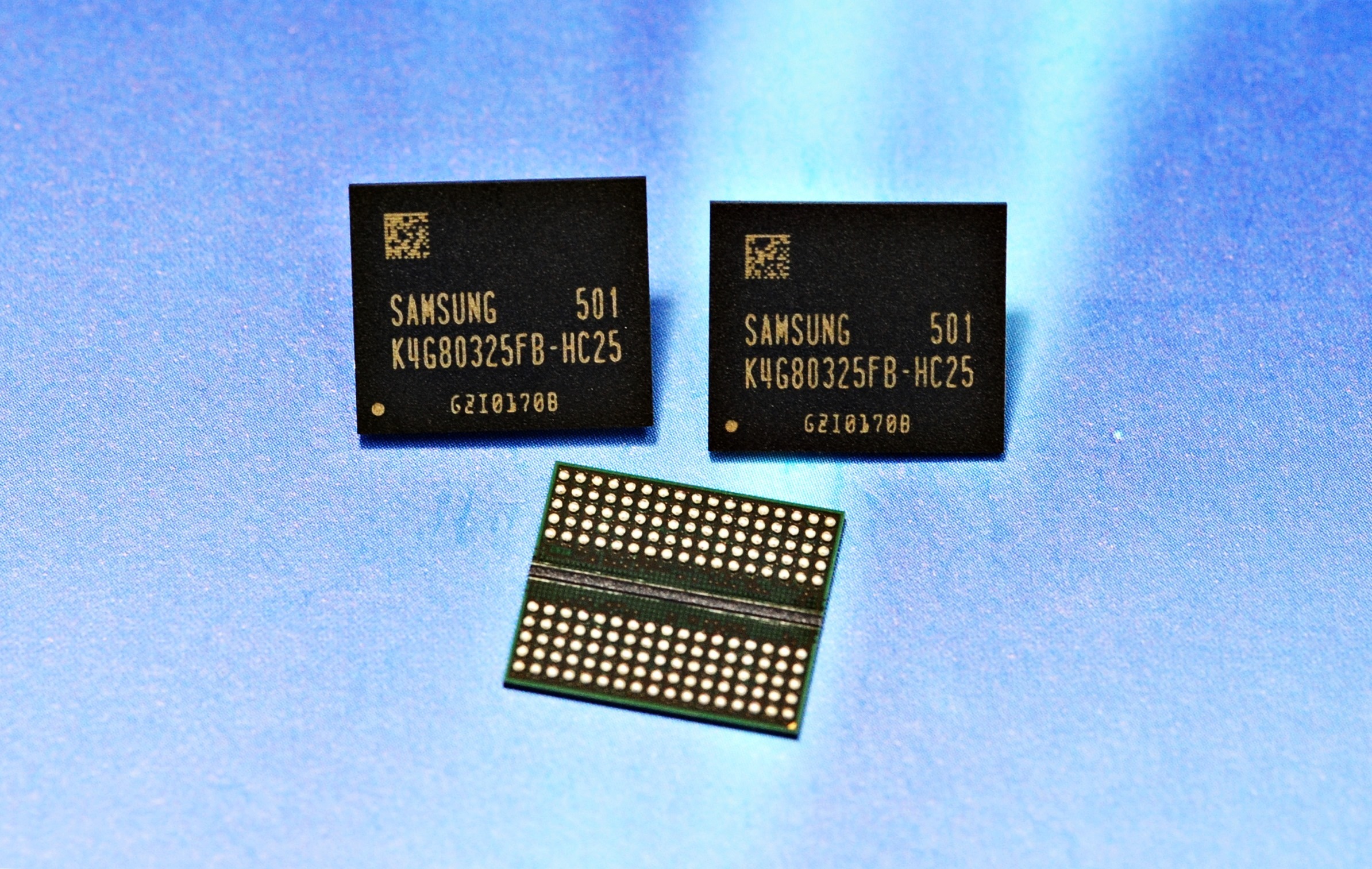 Samsung has begun mass producing what it says is the industry’s first 8 gigabit (Gb) GDDR5 DRAM, based on the company’s 20-nanometer process technology. With the rising popularity of 3-D games and UHD video content soon to be widespread, the need for high-performance, high-bandwidth graphics memory has begun to rapidly increase, says Samsung.

The memory operates with an I/O data rate of 8 gigabits per second (Gbps) per pin, which is more than four times faster than the DDR3 DRAM currently used in notebook PCs, according to a statement released by Samsung.  Each chip can process data at 32-bit I/O rate. Two GB of graphics memory can be created with two of the new chips, which together can process up to 64GB of graphical images per second (which equates to processing approximately 12 full-HD DVDs in a second).

GDDR5 is currently the most widely used discrete graphics memory in the world, and is designed for use in graphics cards for PCs and supercomputing applications, and on-board graphics memory for game consoles and notebook PCs.