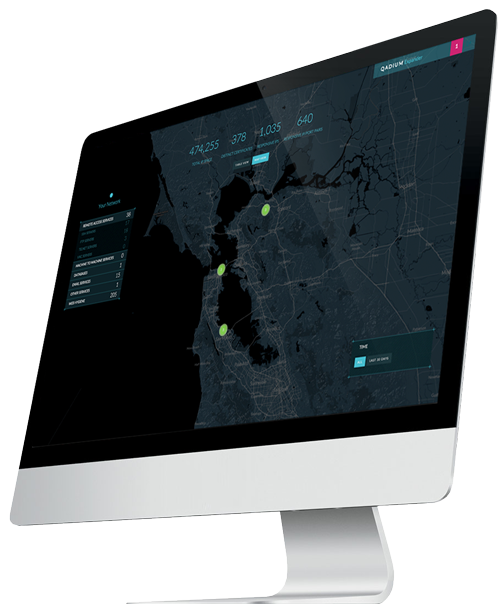 A San Francisco-based company that wants to index every device on the public internet, has raised $20 million in a Series A round. The investment in Qadium was led by Scott Sandell, managing partner of NEA, with participation from Peter Thiel (via Founders Fund) and previous investors.

Qadium says it has built a platform to index every device on the public internet, and to identify relationships between those devices at scale for corporate and government cybersecurity applications. Results are made available to customers in a software product called Expander with associated professional services.

Core to Qadium’s approach is, according to co-founder and CTO Matt Kraning, “treating the entire internet like a single dataset.” Tim Junio, Qadium’s co-founder and CEO, remarks that the company has a much broader vision for its technology. “Our platform is relevant to every IT transaction,” says Mr. Junio.

The platform functions by sending signals throughout the public internet space, interpreting returned data to determine what devices are running where, and building network graphs to understand relationships between those devices. Qadium routinely sees hundreds of millions of devices on the public internet when it conducts its sensing, and has seen many billions since it started gathering its data, says the company.

We have very strict protocols in place to ensure that we never participate in offensive cyber warfare by any government, including the U.S.

Qadium’s co-founders met while working as consultants at DARPA, and won over $10 million in multi-year DoD contracts to begin development of its internet sensing and data analysis prototypes. The company has since begun operational transitions to military services, including US Cyber Command. “All of Qadium’s government work is defensive in nature,” said Mr. Junio. “We have very strict protocols in place to ensure that we never participate in offensive cyber warfare by any government, including the U.S.”

The team is largely recruited out of algorithms research groups at Stanford, Caltech, and MIT, and software engineers with top-of-industry experience.

Qadium previously raised $6 million in a seed round that closed in summer 2015. The seed round was led by Founders Fund, along with OATV, and Susa Ventures.