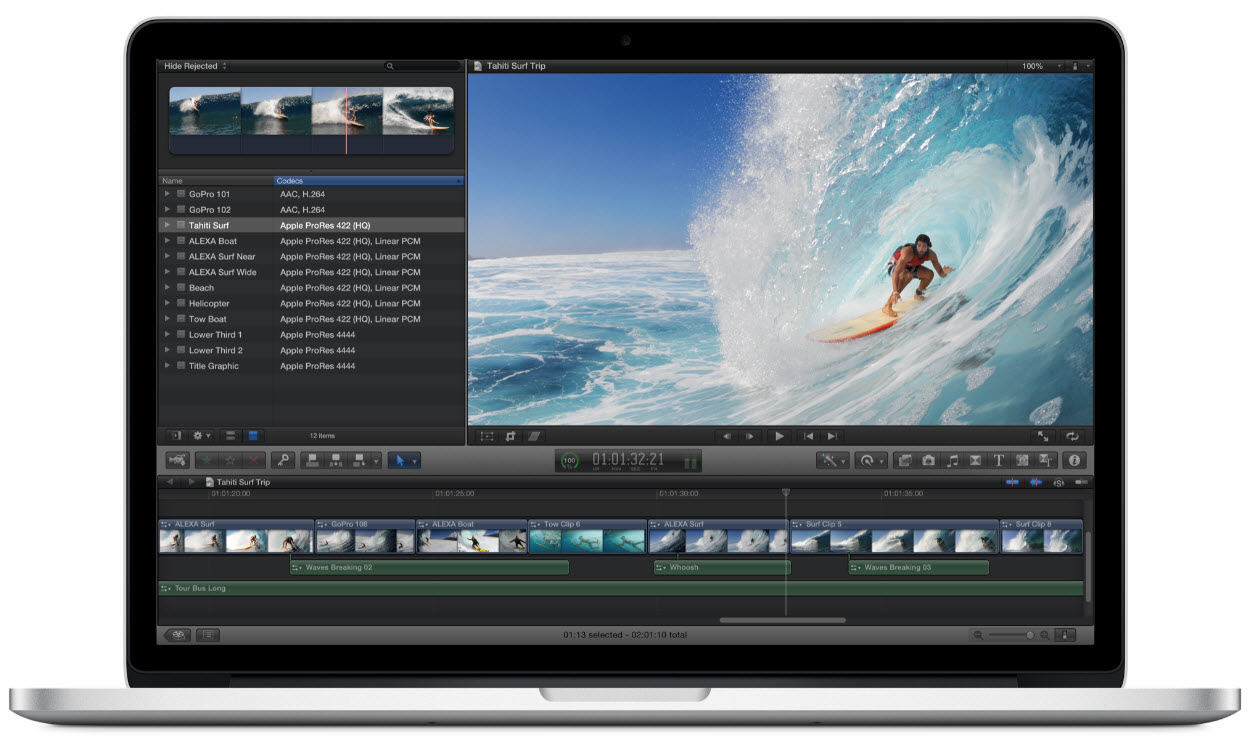 Apple unveiled the new 15-inch MacBook Pro at the company’s annual worldwide developer conference currently being held in San Francisco. The new Macbook Pro’s feature the Retina displays that made the new iPads famous, all flash storage and quad-core processors. Form factor gets a boost too; the new machines measure  0.71 inches and weighs 4.46 pounds.  The new MacBook Pro is the lightest MacBook Pro ever as well, and is almost as thin as a MacBook Air.

Tim Cook (CEO,  Apple):  With a gorgeous Retina display, all flash architecture and a radically thin and light design, the new MacBook Pro is the most advanced Mac we have ever built.

The new MacBook Pro Retina display is the world’s highest resolution notebook display, says Apple. It has over 5 million pixels at 220 pixels-per-inch, thats 3 million more than an HD television.  The Retina display also allows  for a 178-degree wide viewing angle, and has 75 percent less reflection and 29 percent higher contrast (than the previous generation displays).

The all new MacBook Pro ships with OS X Lion.  You can find a full list of specifications here.