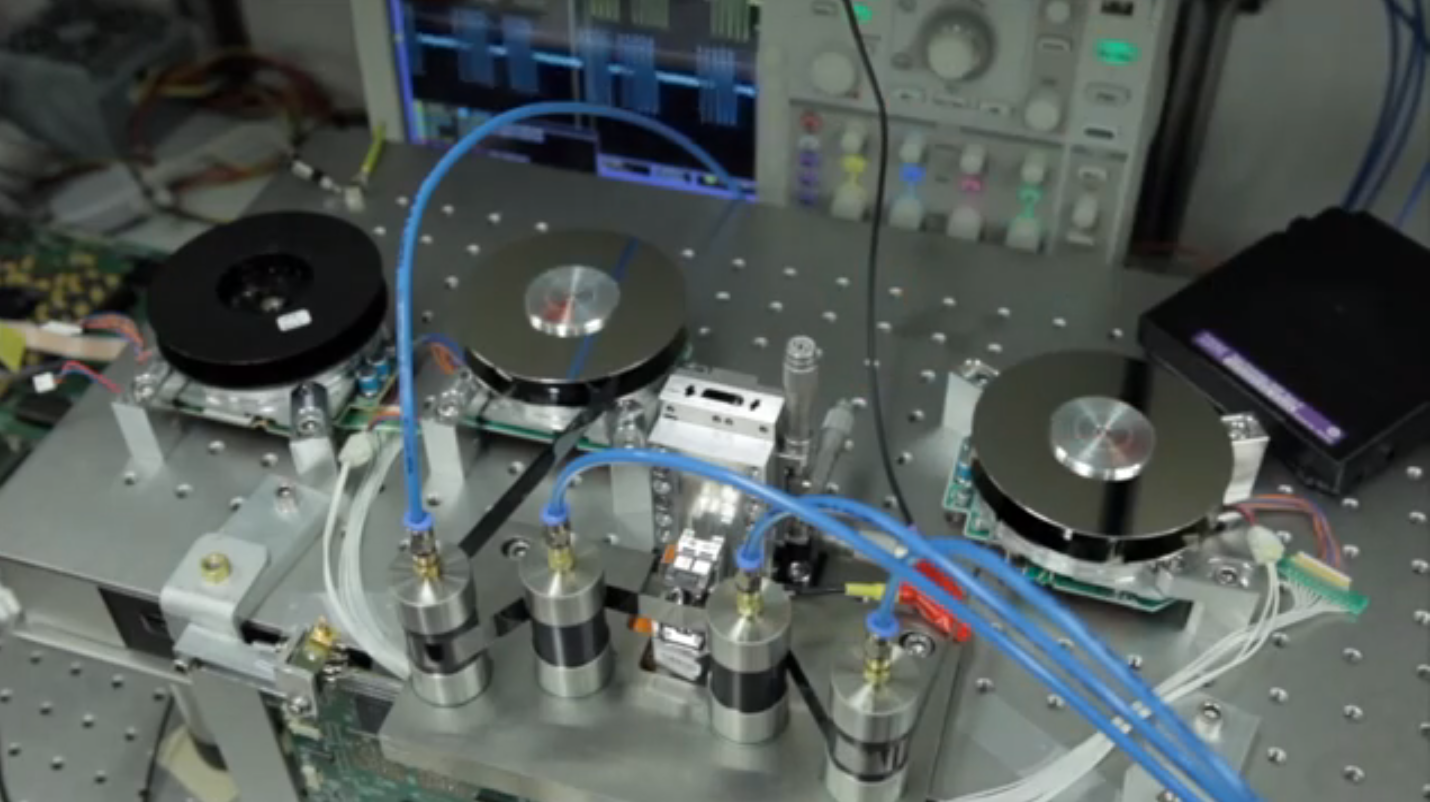 IBM researchers have demonstrated a record of 85.9 billion bits of data per square inch in areal data density on low-cost linear magnetic particulate tape, made by Fujifilm.  At this areal density, a standard LTO size cartridge could store up to 154 trillion bytes (154 terabytes) of uncompressed data — a 62-fold improvement over an LTO6 cartridge, the latest industry-standard magnetic tape product. For perspective, 154 terabytes of data is sufficient to store the text from 154 million books, which would fill a book shelf stretching from Las Vegas to Seattle, Washington.

Evangelos Eleftheriou (IBM Fellow): Big data has met its match with tape, not only does the technology provide high capacity in a small form factor, it is also reliable for several decades, requires zero power when not in use, is secure in that cartridges cannot be erased at the push of the keystroke and available for the cloud  — all at a cost of less than 2 cents per gigabyte and at a greatly reduced operating expense versus disk storage.

IBM’s first commercial tape product, the 726 Magnetic Tape Unit, was announced more than 60 years ago. It used reels of half-inch-wide tape that each had a capacity of about 2 megabytes. The areal density demonstration announced on Monday represents a potential increase in capacity of 77,000,000 times compared with IBM’s first tape drive product.