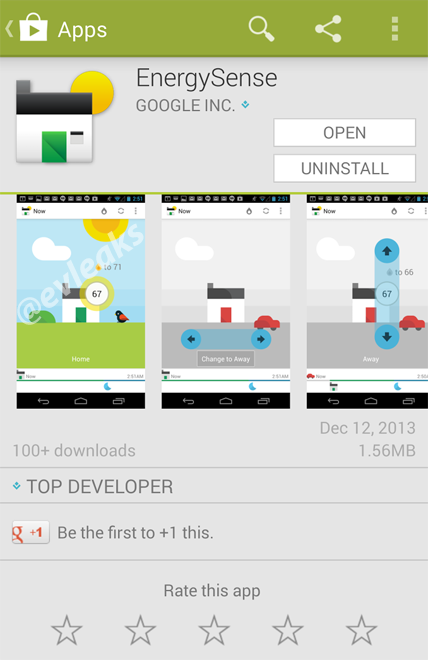 Google is reportedly testing out cloud-based home thermostats. The company is believed to be looking at making the software compatible with third-party hardware providers, and is not (or not yet, at any rate) looking into selling thermostats.

An image-capture of EnergySense, Google’s Android app for thermostats is doing the rounds of the Internet. The story was first reported by Jessica Lessin and Aamir Efrati for The Information.