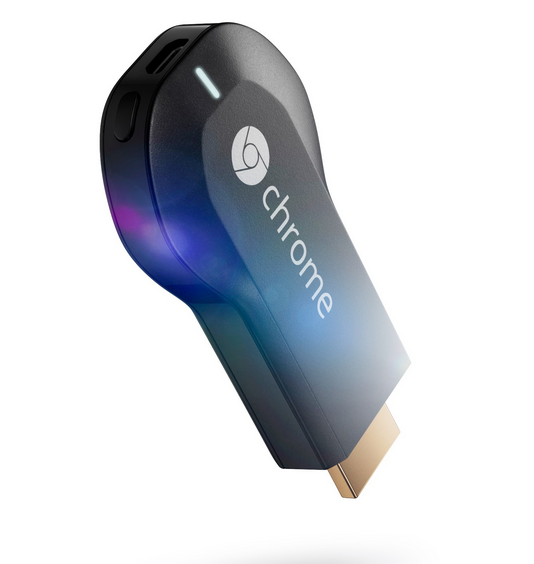 Google has launched Chromecast, a $35 device that when plugged on to HDTVs,  lets users ‘cast’ online content to the TV screen using their mobile devices.

Once your Chromecast is set up, you can use your phone, tablet or laptop to browse and cast content to your TV, play and pause, or control the volume, among other things.  You can even multitask on your device, without interrupting the streaming, says Google.

Chromecast works across platforms—Android tablets and smartphones, iPhones, iPads, and Chrome for Mac and Windows, with support for additional platforms planned. Apps for Netflix, YouTube and Google Play Movies & TV/Music will have a Chromecast button programmed in, with more apps like Pandora coming soon.

Users can also bring the Web to their TV via the Chrome browser (part of a beta feature in Chromecast), projecting any browser tab on the TV.

The Chromecast device is available for on Google Play (shipping in three to four weeks), Amazon (sold out within hours of the launch) and BestBuy.com (also sold out). It will be available in Best Buy stores across the U.S. starting July 28. For a limited time, you also get three months of Netflix included.