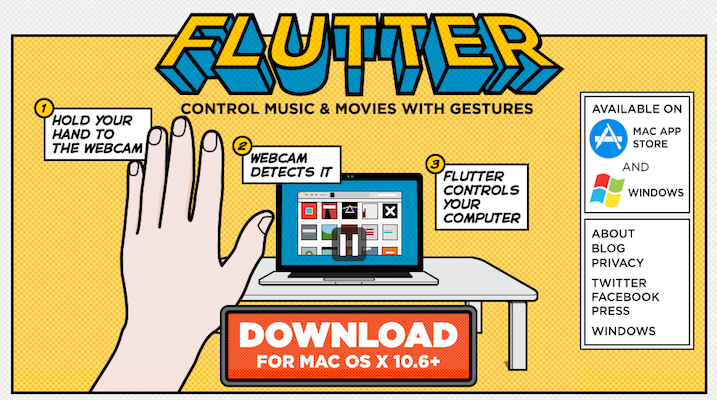 Google has acquired gesture-recognition company Flutter for an undisclosed sum. Navneet Dalal, CEO of the company, announced the acquisition on Wednesday.

Navneet Dalal (CEO, Flutter): We share Google’s passion for 10x thinking, and we’re excited to add their rocket fuel to our journey.

Flutter lets users control music and movies on their computers with gestures, and is available for Mac and Windows. The company launched in 2010, and according to its corporate website, its mission is to arm users, against unnatural user interfaces.