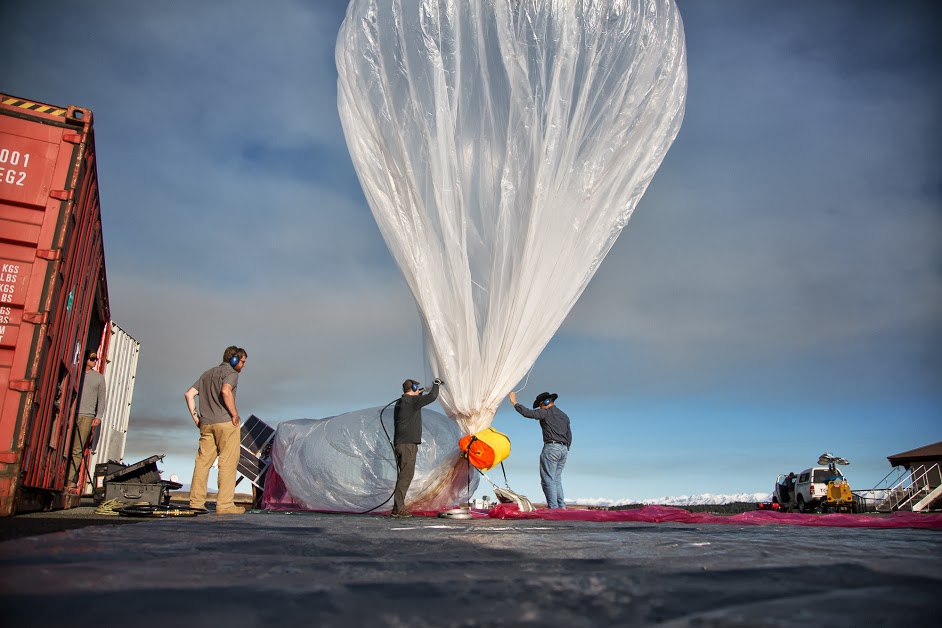 Google says balloons could potentially become an option for connecting rural, remote, and underserved areas, or for helping with communications after natural disasters.

The company has built a system, that uses balloons, carried by the wind at altitudes twice as high as commercial planes, to beam Internet access to the ground, at speeds similar to current 3G networks. Mike Cassidy, director of Google X, is leading the project. Google X is the same top-secret lab at Google working on autonomous cars.

Google is not the first company to use high-altitude balloons as communications platforms. According to a Forbes report by Elise Ackerman, companies like Space Data have been using balloons for disaster relief. It might actually be possible to build a ring of balloons, flying around the globe on the stratospheric winds, that provides Internet access to the earth below, says Google.

Internet by balloons could overcome the many terrestrial challenges to Internet connectivity—jungles, archipelagos, mountains. Using balloons could also bypass the typical infrastructure costs required for broadband connectivity, and help bring prices down. In most of the countries in the southern hemisphere, for example, the cost of an Internet connection is more than a month’s income, points out Google.

Google’s ‘Loon for all’ may take a while though; the company will have to figure out issues of airspace control, among other things, before a worldwide deployment.

Two-thirds of the world does not have access to fast, affordable Internet, and balloons may be a cost-effective way to bridge the digital divide.

Over time, Google says it would like to set up pilots in countries at the same latitude as New Zealand. The company also wants to find partners for the next phase of the project.

Project Loon Tethered Aerial Release Developed In Style balloons float in the stratosphere, twice as high as airplanes and the weather, says Google. They are carried around the Earth by winds and they can be steered by rising or descending to an altitude with winds moving in the desired direction.

People connect to the balloon network using a special Internet antenna attached to their building. The signal bounces from balloon to balloon, then to the global Internet back on Earth.

Project Loon’s balloon envelopes are made from sheets of polyethylene plastic and stand fifteen meters wide by twelve meters tall when fully inflated. A parachute attached to the top of the envelope allows for a controlled descent and landing whenever a balloon is ready to be taken out of service.

Each balloon can provide connectivity to a ground area about 40 km in diameter at speeds comparable to 3G. For balloon-to-balloon and balloon-to-ground communications, the balloons use antennas equipped with specialized radio frequency technology. Project Loon currently uses ISM bands (specifically 2.4 and 5.8 GHz bands) that are available for anyone to use, says Google.

You can find a list of Project Loon FAQ here. You can also read more about the pilot test or the technology. Project Loon is also available on Google+.

[By the way: Google announced the launch of a Toilet Internet Service Provider (TiSP) project in 2007; a free, ad-supported, in-home wireless broadband service that delivered online connectivity via plumbing systems. Google Checkout purchases were to be delivered directly through the sewage network into bathrooms as well.  TiSP, fortunately, was part of an April Fools’ hoax.]