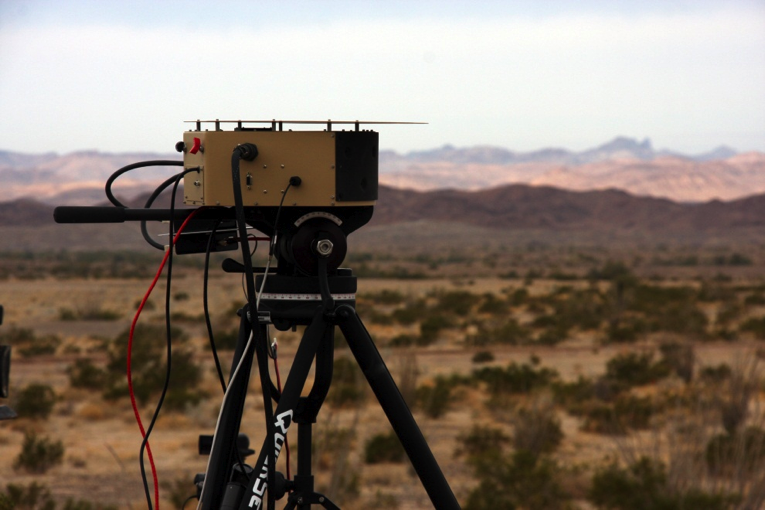 Soldeirs  rely on their own vision to scan surroundings, especially when advanced radar and drone coverage is not available. Scanning over a wide area can be challenging; because of the amount of territory that must be reviewed, the limited field of view of the human eye, and the effects of fatigue. To overcome these obstacles, DARPA launched the Cognitive Technology Threat Warning System (CT2WS) program in 2008 to  develop man-portable visual threat detection devices.

CT2WS has succeeded in creating a technology kit capable not only of identifying up to 91 per cent of targets during testing with extremely low false-alarm rates, says DARPA. It is also widening a warfighter’s field of view to 120 degrees when all components of the kit are used in tandem. By incorporating a commercial radar (the Cerberus Scout surveillance system), target detection reached 100 percent.

Gill Pratt (Program manager, DARPA): DARPA set out to solve a common challenge for forward troops: how can you reliably detect potential threats and targets of interest without making it a resource drain?

The CT2WS system includes three component technologies: a 120-megapixel, tripod-mounted, electro-optical video camera with a 120-degree field of view; cognitive visual processing algorithms that can be run on laptops; and an electroencephalogram (EEG) cap that monitors the operator’s brain signals and records when the operator detects a threat.

CT2WS built on the concept that humans are inherently adept at detecting the unusual. Even though a person may not be consciously aware of movement or of unexpected appearance, the brain detects it and triggers the P-300 brainwave, a brain signal that is thought to be involved in stimulus evaluation or categorization.  By improving the sensors that capture imagery and filtering results, a human user who is wearing an EEG cap can then rapidly view the filtered image set and let the brain’s natural threat-detection ability work.

Users are shown approximately ten images per second, on average. Despite that quick sequence, brain signals indicate to the computer which images were significant.

The use of EEG-based human filtering significantly reduces the amount of false alarms, says DARPA. The cognitive algorithms can also highlight many events that would otherwise be considered irrelevant but are actually indications of threats or targets, such as a bird flying by or a branch’s swaying.

In testing of the full CT2WS kit, absent radar, the sensor and cognitive algorithms returned 810 false alarms per hour. When a human wearing the EEG cap was introduced, the number of false alarms dropped to only five per hour, out of a total of 2,304 target events per hour, and a 91 percent successful target recognition rate.

The CT2WS technology is being transitioned to the Army’s Night Vision Lab.