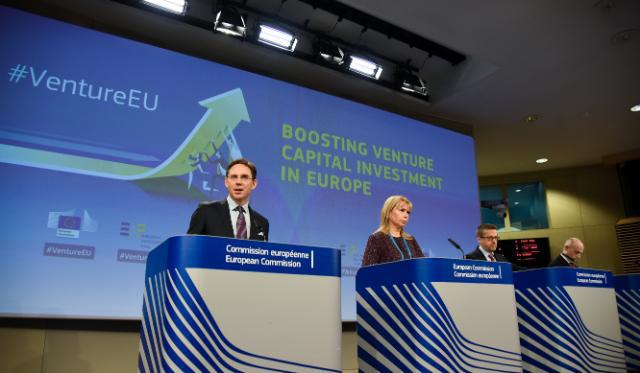 The European Commission and the European Investment Fund (EIF) have launched a Pan-European Venture Capital Funds-of-Funds program called VentureEU, to boost investment in start-up and scale-up companies across Europe.

The Commission and the EIF announced six participating funds to receive EU support.  Backed by EU funding to the tune of €410 million, the funds are aiming to raise up to €2.1 billion of public and private investment. In turn this is expected to trigger an estimated €6.5 billion of new investment, doubling the amount of venture capital currently available in Europe, according to a statement from the Commission.

Moreover, VC funds in Europe are too small – €56 million on average compared to €156 million in the US. As a result, these companies move to ecosystems where they have better chances to grow fast. The number of companies reaching the “unicorn” status of more than $1 billion market valuation at the end of 2017 was 26 in the EU compared to 109 in the United States and 59 in China.

VentureEU will provide new sources of financing, giving European innovators the opportunity to grow into world-leading companies. Around 1,500 start-ups and scale-ups are expected to gain access across the whole EU.

The EU will provide cornerstone investments of up to €410 million – including €67 million of EIF own resources: €200 million from the Horizon 2020 InnovFin Equity, €105 million from COSME (Europe’s programme for small and medium-sized enterprises), and €105 million from the European Fund for Strategic Investments (EFSI) – the so-called Juncker Plan. The rest of the financing will be raised by the selected fund managers primarily from independent investors, says the Commission.

The EU investment in VentureEU will be managed by the EIF under the supervision of the Commission.