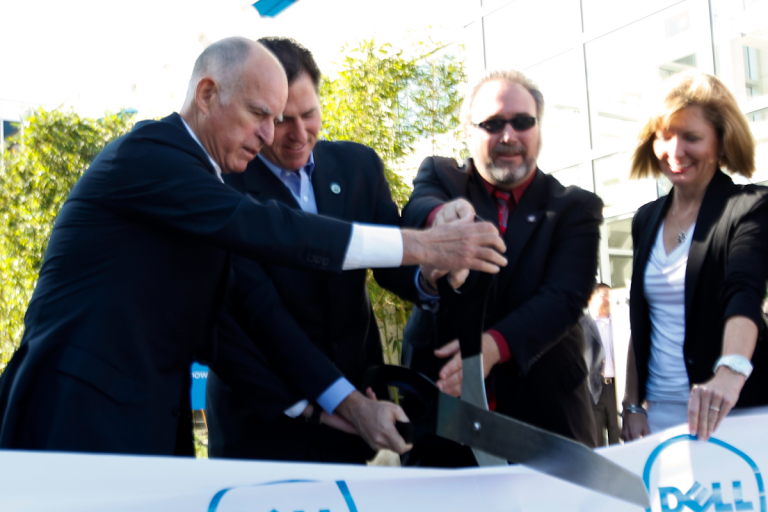 Dell opened a new research and development center in California. The Dell Silicon Valley Research and Development Center, as the facilities are called, will occupy roughly 240,000 square feet of space in two buildings and eventually house around 700 people. The first phase of occupancy is underway and will continue through next year. Including those housed at the new campus in Santa Clara, Dell expects to have more than 1,500 employees in Silicon Valley by the end of next year.

California Governor Edmund G. Brown Jr. joined Dell chairman and CEO Michael Dell to open the development center in Santa Clara. “This new facility will create hundreds of cutting-edge technology jobs at a time when we need them most,” Brown said.

In addition to filling new positions, the Silicon Valley facility will also allow Dell to consolidate much of its current Northern California operations. It will combine the operations of several area companies Dell has acquired, including Zing, Ocarina, Scalent and Everdream.

Dell announced in April that the company is investing $1 billion in its current fiscal year on solution centers like the one in Santa Clara. The Silicon Valley site complements Dell’s Israel Research and Development Center in Ra’anana and development work done at the company’s headquarters in Round Rock, Texas.