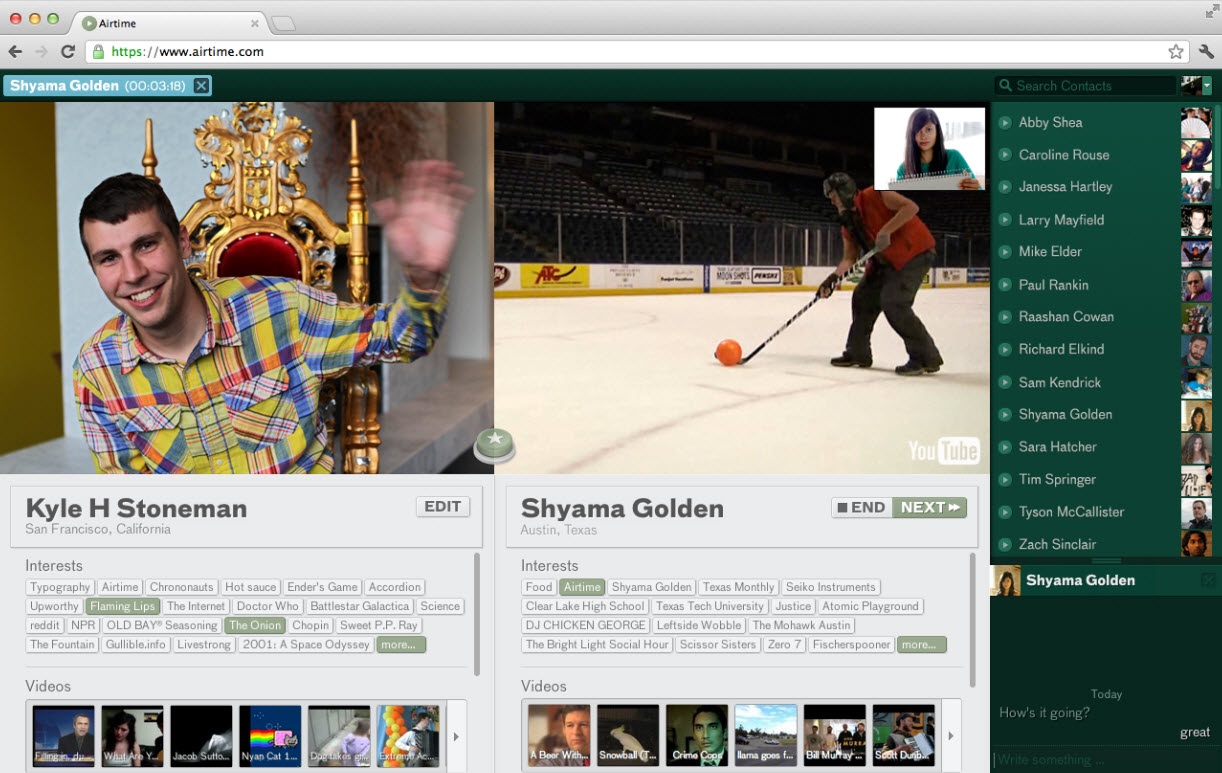 Internet icons and entrepreneurs Sean Parker and Shawn Fanning have officially unveiled Airtime. Airtime is a browser-based video chat service that lets users video chat via their existing Facebook networks. Users can also talk to strangers with similar interests. You need a Facebook login and a webcam to use the service; there is no need to download a chat client. Airtime connects users based on location and shared Facebook interests. Once connected, you are anonymous until you decide otherwise. The service also enables shared live experiences. At launch, users will be able to watch YouTube videos together, with more content sharing options coming soon.

Sean Parker: There’s something exciting about bringing spontaneity to the Internet.

Mr. Parker and Mr. Fanning have together have been behind ventures like Napster, Facebook,Causes, Spotify, and Path.