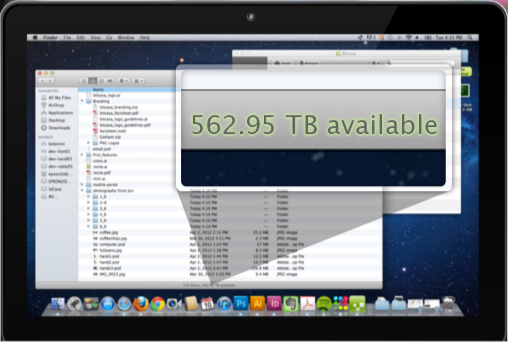 Bitcasa, a cloud storage company founded by former MasterCard and Mozy employees has raised $7 million in its Series A funding round. Pelion Venture Partners, an existing investor, and Horizons Ventures , a new investor, led the Series A round, with Andreessen Horowitz, First Round Capital, CrunchFund, and Samsung Ventures participating. This brings the company’s total funding to $9 million.

Bitcasa is a cloud-based service that uses client-side encryption, compression, and deduplication technologies to move data online. A beta version of Bitcasa services are currently open to everybody .

Bitcasa users can store, sync, backup and send infinite amounts of data without having to worry about management and capacity constraints. Bitcasa users in 120 countries saved more than 4 petabytes of data and uploaded more than 1 billion files.

Funds will be used to further accelerate the company’s growth, shorten the time-to-market for upcoming storage and data management offerings, and expand sales and marketing, says Bitcasa. Bitcasa users in 120 countries saved more than 4 petabytes of data and uploaded more than 1 billion files. During the beta program, users can use the Bitcasa service for free. After beta, access to Bitcasa costs $10 a month.