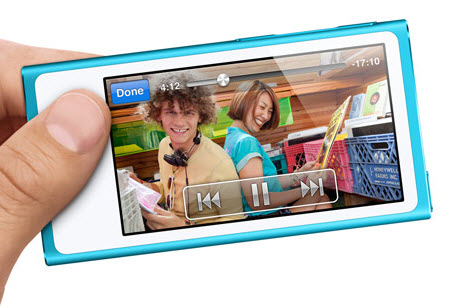 Apple has introduced a new lineup of  music players  with the new iPod touch and iPod nano devices. The new iPod touch is the thinnest iPod touch ever and comes with a 4-inch Retina  display. Other features include a 5 megapixel iSight  camera with 1080p HD video recording, Apple’s A5 chip, Siri,  and iOS 6.

The music players also come with the new Apple EarPods.

The iPod nano will be available in October in pink, yellow, blue, green, purple, silver and slate for  $149  in a 16GB model.