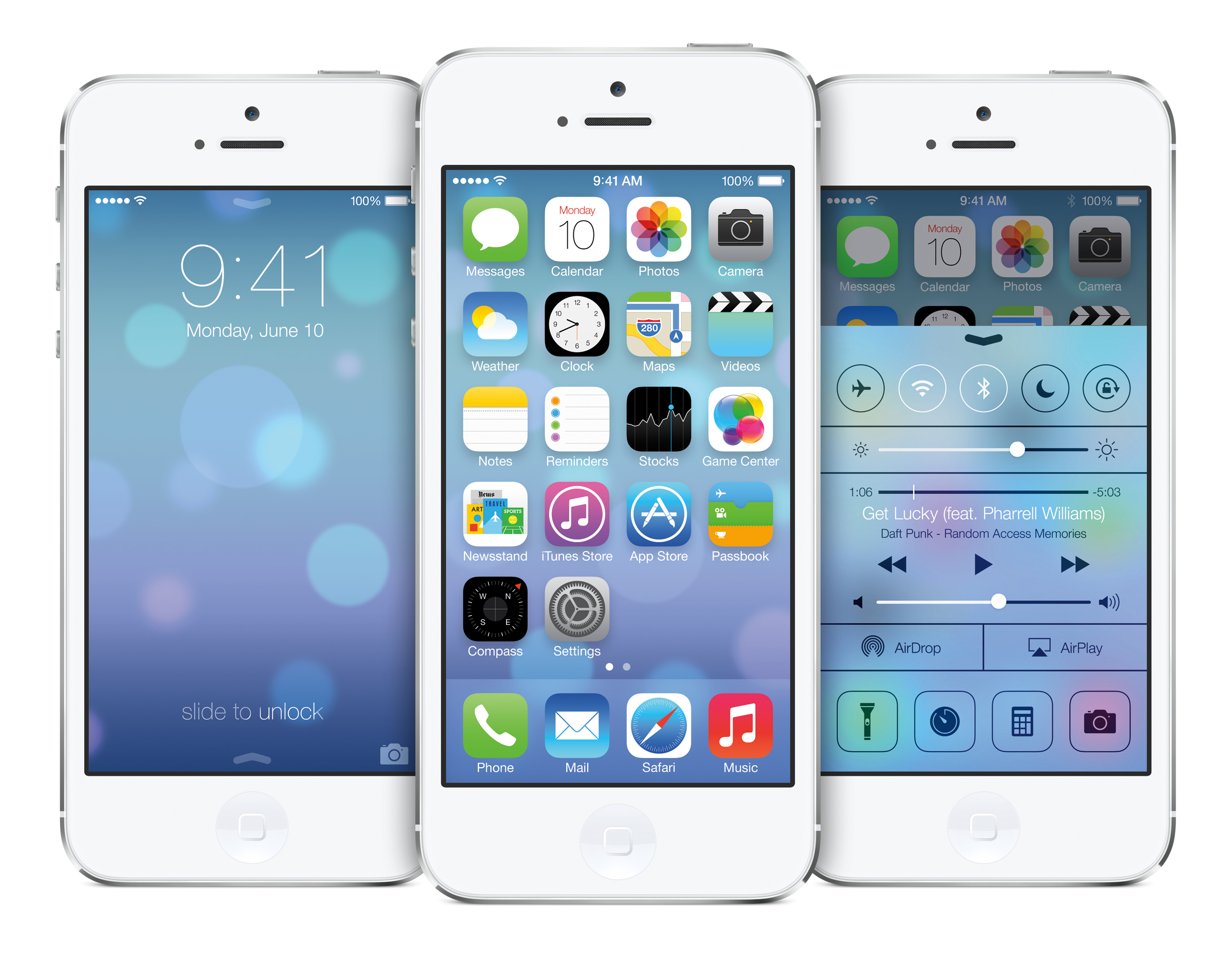 Apple unveiled the iOS 7 at the WWDC currently going on in San Francisco, CA. “IOS 7 is the most significant iOS update since the original iPhone,” said Craig Federighi, Apple’s senior vice president of Software Engineering. Updates include a  male Siri (yes, we had to mention that first), iTunes Radio, multi-tasking, a Control Center, and new photo/camera apps. Speaking of which, the app store now has over 900,000 apps, says Apple, and the company just added a Kids section to the store.

The update, and a redesigned iOS, was expected. Ever since Jony Ive was put in charge of  Human Interface (HI) in October last year, users have been expecting newer rabbits out of better colored hats. And not hats that looked like actual hats either. Skeuomorphism is out.

Jony Ive (Senior vice president of Design, Apple): There is a profound and enduring beauty in simplicity, in clarity, in efficiency. True simplicity is derived from so much more than just the absence of clutter and ornamentation—it’s about bringing order to complexity.

IOS 7 has been redesigned with  a new color palette and distinct, functional layers. The typography has been refined, and users will see a lot of translucency and motion. The new iOS 7  interface will  make your phone appear bigger, because everything is designed to take advantage of the entire screen, says Apple.

There are also  ‘hundreds of great new features; according to the company, including Control Center, Notification Center, improved Multitasking, AirDrop,  enhanced Photos, Safari, Siri, and iTunes Radio, a free Internet radio service based on the music users listen to on iTunes, which is available from the Music app now.

Here are seven iOS7 features you want to know about:

The IOS 7 beta software and SDK are available immediately for iOS developer program members at developer.apple.com.