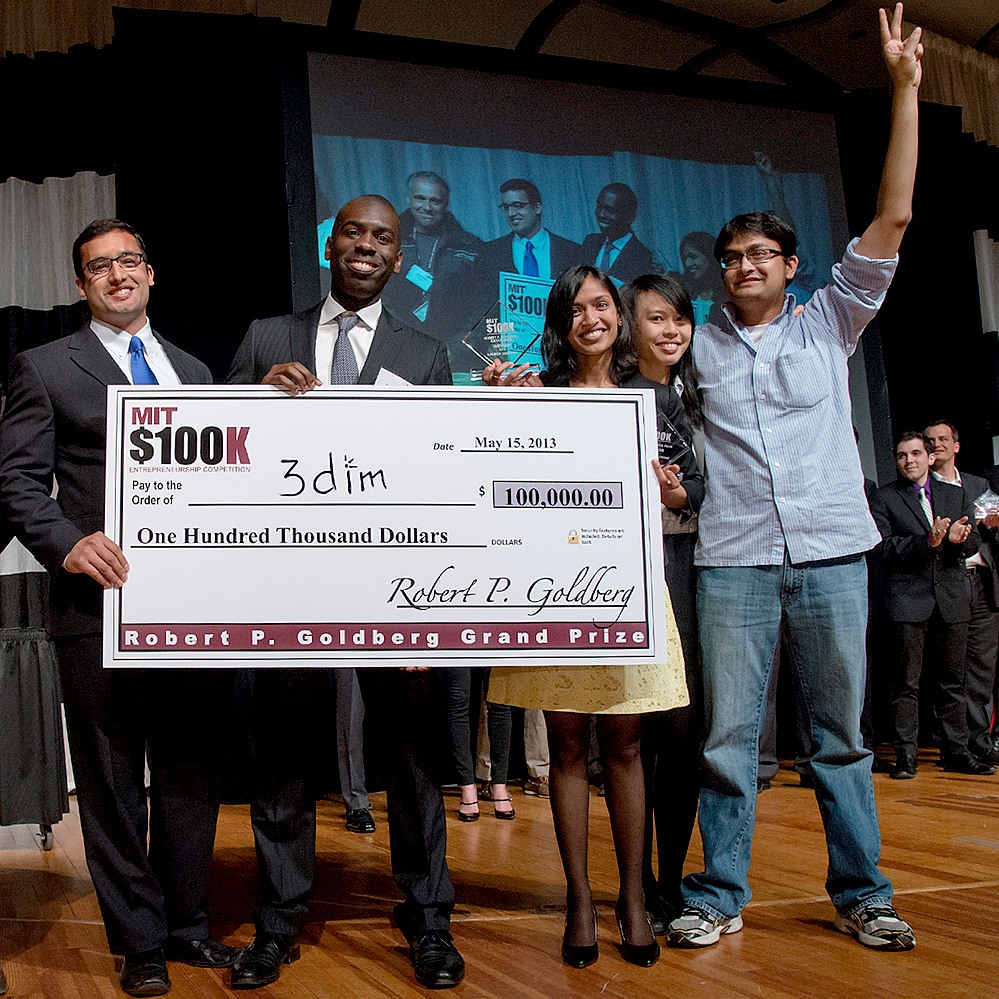 3dim, a startup working on sensor-level software that recognizes three-dimensional gestures on mobile devices, was awarded the Robert P. Goldberg $100,000 grand prize after beating out seven other finalist teams during the MIT $100K Entrepreneurship Competition finale.

This year’s teams of finalists in the business launch competition — whose offerings included, among others, a nuclear generator to be used in regions off power grids and sensors on a microchip for the measurement and detection of chemical substances — emerged from a pool of 215 teams.

The award was presented by MIT Police Chief John DiFava who paid tribute to Sean Collier, the MIT police officer who was slain in the line of duty last month by the Boston Marathon terror bombing suspects.

3dim’s signal processing software algorithms have enabled the startup to create the first ever mobile 3-D camera that can be integrated into 2014 smartphone releases. Its patented sensor-level software identifies and tracks a user’s gestures around a mobile device, creating interface possibilities in a larger, more natural volume without consuming a portion of the screen or causing the view of the screen to be blocked by fingers.

A $2,000 Audience Choice Award was also presented to NoMos, a startup offering a natural, non-toxic technology designed to prevent mosquito-human contact. The startup’s goal is to stop the spread of malaria.

Since its debut in 1989, the MIT $100K Entrepreneurship Competition has facilitated the birth of more than 160 companies, which have gone on to raise $1.3 billion in venture capital and build $16 billion in market cap. More than 30 MIT $100K startups have been acquired by major companies such as Oracle and Merck. Over 4,600 people are currently employed by MIT $100K companies.