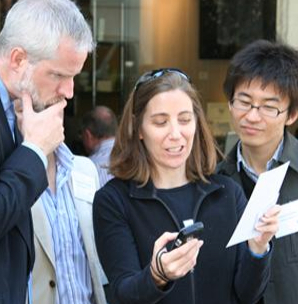 Americans routinely use electronic files to manage their finances, communicate with friends and family and even take college courses – but when it comes to medical records – only 26 percent want them digital. The findings come from the third annual Electronic Health Records (EHR) online survey of 2,147 U.S. adults, conducted for Xerox by Harris Interactive in May 2012.

“We continue to see a resistance to change from consumers – meaning providers need to continue to educate Americans on the value of EHRs,” said Chad Harris, group president, Xerox Healthcare Provider Solutions.

Despite consumers’ misgivings of the value of EHRs, caregivers are quick to adopt digital technology. When asked how their healthcare provider recorded medical information during their last visit to a doctor or hospital, 60 percent of respondents – who have visited a doctor or hospital – reported that the information was entered directly into a tablet, laptop or in-room computer station versus 28 percent who reported the information was taken via handwritten notes.

Steve Hoover (CEO, PARC): A big part of PARC’s healthcare work for Xerox is using ethnography and other social science methods to observe and analyze actual work practices – not just what people say they do.

The survey was conducted online within the United States by Harris Interactive on behalf of Xerox from May 11-15, 2012 among 2,147 adults ages 18 and older.