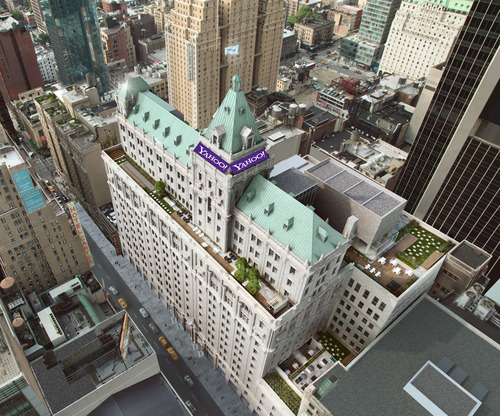 The New York City-based Yahoo team will move into a four-story space just around the corner from Times Square, and take over a portion of the building in Manhattan, which was home to the New York Times for nine decades.

The company says it will be growing its Yahoo NYC family by up to 60 percent, with a special focus on expanding its engineering team.

Currently the Yahoo NYC team works in three different locations. The company expects to move its team into the new space by December of this year.

Monday is a big day for Yahoo. The company announced a $1.1 billion acquisition of blogging platform Tumblr, and bumped its free storage space to 1TB for Flickr users. You can read about the announcements here: