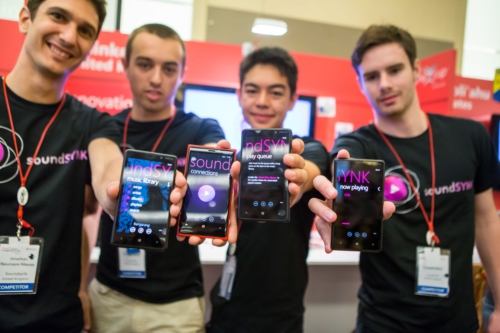 Microsoft announced the winners of the 11th annual Imagine Cup, a competition for student technologists, developers and aspiring entrepreneurs.

Steve Guggenheimer (Corporate vice president and chief evangelist, Microsoft):  For the past 11 years, Imagine Cup has been a place of inspiration and innovation for students around the world.

Eighty-seven student teams from 71 countries competed in the Worldwide Finals after winning local and online competitions around the world. Microsoft has awarded cash and other prizes valued at more than $1 million throughout the yearlong Imagine Cup competition, including awards for the winning teams at the Worldwide Finals event this week.

In addition to the Competitions and Challenges, students competed for the following special awards from Imagine Cup sponsors:

The 2014 Imagine Cup competition is headed to Microsoft’s headquarters in Redmond, Washington.