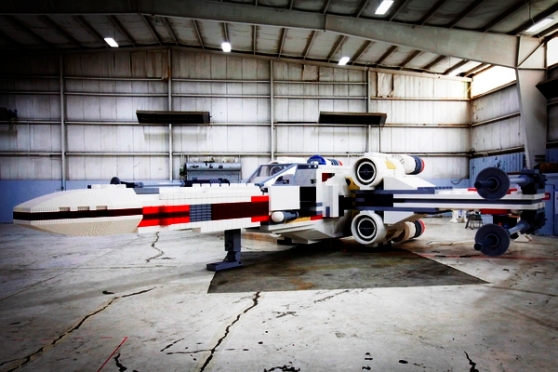 The X-wing is a Rebel Alliance starfighter, armed with four laser cannons and two proton torpedo launchers. You may remember it as Luke Skywalker’s ride when he goes to attack the Death Star.

The model was built to celebrate the premiere of The Yoda Chronicles on Cartoon Network. It will ‘take off’ for a summer landing at Legoland California, where it will be installed through the remainder of the year.