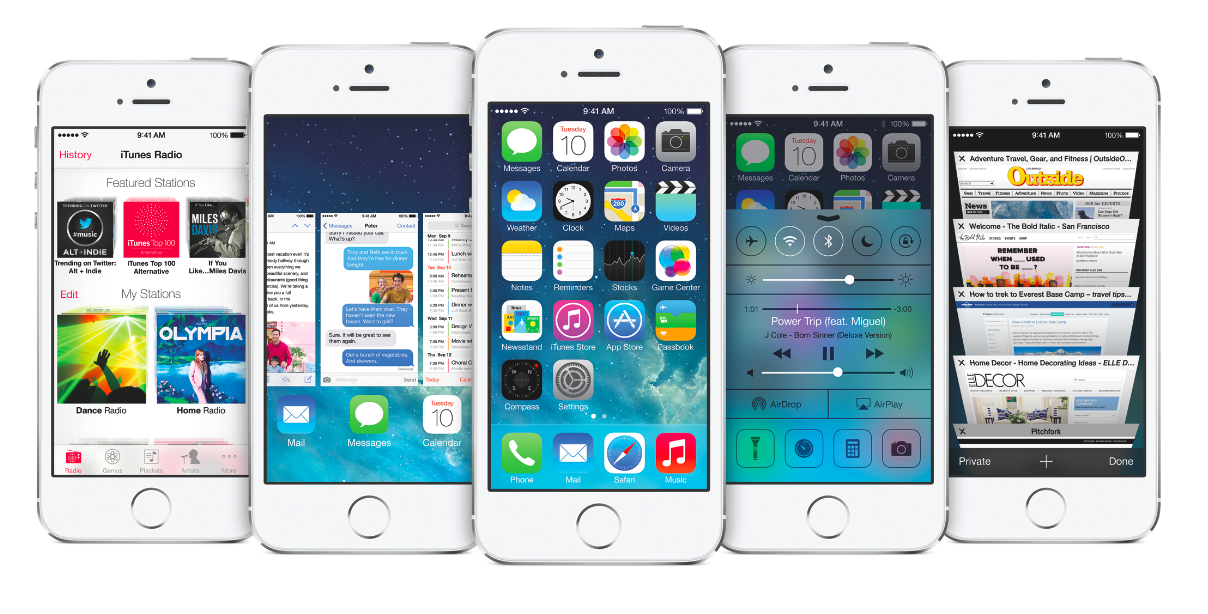 Apple has released iOS 7, an upgrade to its mobile operating system, which the company says is the most significant iOS update since the original iPhone. This is the mobile OS Jony Ive helped built. Skeumorphism is out, and translucency is clearly in.

Craig Federighi (Senior vice president, Software Engineering, Apple): IOS 7 is completely redesigned with an entirely new user interface and over 200 new features, so it’s like getting a brand new device, but one that will still be instantly familiar to our users.

Apple says it engineered iOS 7 to take advantage of the 64-bit technologies in iPhone 5s, including the native 64-bit kernel, libraries and drivers.

All the built-in apps have been re-engineered for 64-bit as well. IOS 7 also provides integration with the new Touch ID sensor and employs the new iSight camera sensor for new features like automatic image stabilization, Burst Mode and Slo-Mo video with 120 fps.

Quick look at what iOS7 brings:

Control Center: Gives users quick access to the controls, with just one swipe from the bottom of the screen.

Notification Center: Is now available from the Lock screen. The Today feature gives users a glance of their day, with details such as weather, traffic, meetings and events.

Multitasking: Users get the ability to switch between apps better. IOS 7 pays attention to which apps users use most, and automatically keeps content up to date in the background.

AirDrop: Available on Macs, comes to iOS7. This feature lets users drag and drop content to share with people nearby.

Redesigned Photos app That introduces Moments, a way to automatically organize photos/videos based on time and location.

Siri: Gets a male voice. Also begets Twitter search integration, Wikipedia integration and Bing web searching from within the app.

Additional new iOS 7 features include a new Find My iPhone Activation Lock, among other things.

Apps: IOS 7 now features Popular Apps Near Me, a new way to find apps based on your current location. IOS 7 will also automatically update apps.

Availability: IOS 7 will be available as a free software update starting on Wednesday, September 18 for iPhone 4 and later, iPad 2 and later, iPad mini and iPod touch (fifth generation).