More
Home Uncategorized Care To Bet On The Next Microsoft CEO? 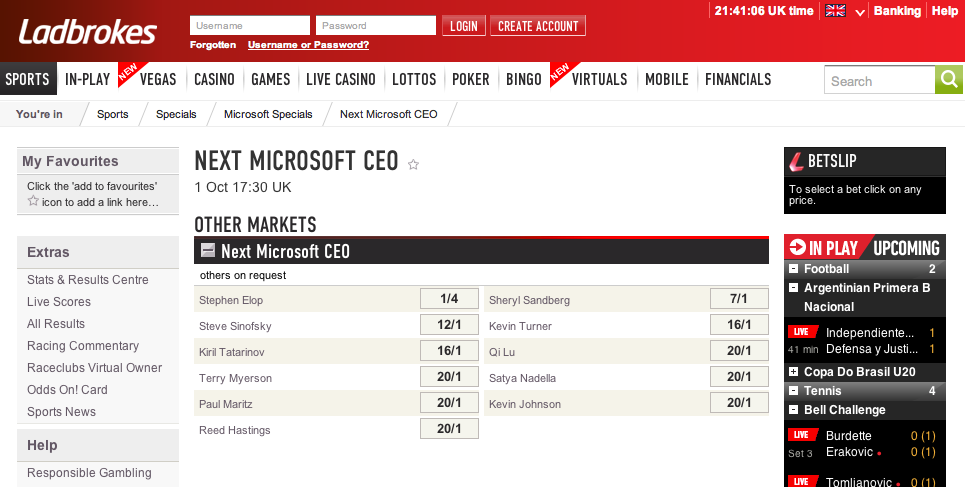 Ladbrokes, a 127-year old bookmaking conglomerate with revenues north of £1 billion, is accepting bets on who the next Microsoft CEO will be.

As of writing, here are some of the odds:

Stephen Elop – 1/4
Mr. Elop was CEO of Nokia before Microsoft when ahead and acquired a bite of the company. Currently, he is transitioning to executive vice president, Devices & Services, with the Seattle giant.

Steve Sinofsky – 12/1
Mr. Sinofsky is former president of the Windows Division at Microsoft from July 2009 through his departure on November 12, 2012.

Terry Myerson – 20/1
Mr. Myerson is executive vice president of the Microsoft Operating Systems group, with responsibility for the strategy and development of operating systems.

If you want to know more about what ‘odds’ are, here is a Wikipedia entry you may find helpful.