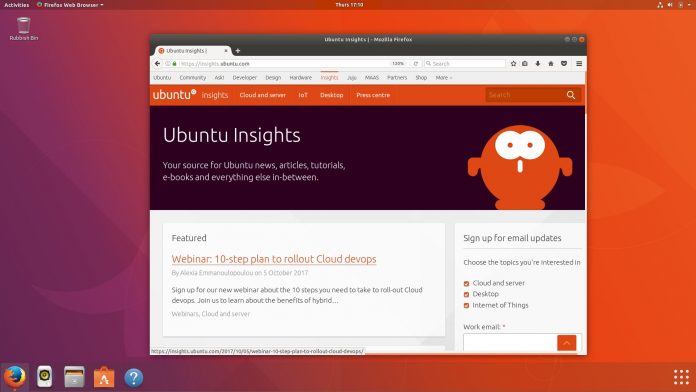 Canonical announced the release of Ubuntu 17.10 featuring a new GNOME desktop on Wayland, and new versions of KDE, MATE and Budgie. On the cloud, 17.10 brings Kubernetes 1.8 for hyper-elastic container operations, and minimal base images for containers.

This is the 27th release of Ubuntu, and forms the baseline for features in the upcoming Long Term Support enterprise-class release in April 2018.

Let’s take a quick look at what is new with this release (based on a statement from Canonical):