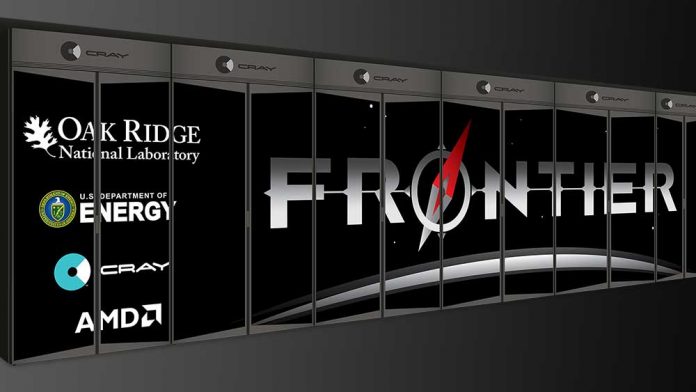 The U.S. Department of Energy (DOE) has awarded Cray a contract to build the ‘Frontier’ supercomputer at Oak  Ridge National Laboratory.

The total contract award is valued at more than $600 million for the system and technology  development, according to Cray. The system  will be based on Cray’s Shasta architecture and Slingshot interconnect, and will feature AMD EPYC CPU and AMD Radeon Instinct GPU  technology.

Frontier, with a performance of over 1.5 exaflops, and scheduled for delivery in 2021, is expected to be the world’s most powerful computer, says Cray. Cray and AMD are co-designing and developing enhanced GPU programming tools for the supercomputer.

Frontier can solve calculations up to 50 times faster than existing  supercomputers —exceeding a quintillion, or 1018,  calculations per second— says Cray. As a second-generation AI system, following the Summit system deployed at ORNL in 2018, Frontier  is expected to provide new capabilities for deep learning, machine learning and data  analytics for applications ranging from manufacturing to human health, according to Cray.

Frontier will be part of the Oak Ridge Leadership Computing  Facility, a DOE Office of Science User Facility.