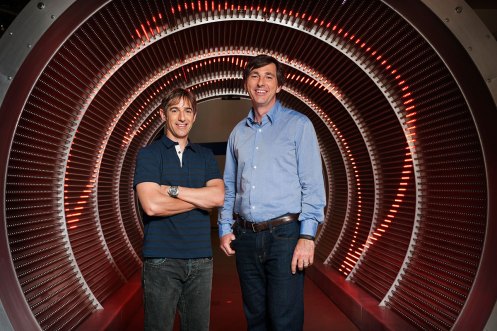 The new Zynga CEO will be officially taken up helm next week. Even as the company prepares for a leadership change, the two CEOs have come together as a show of solidarity.

Outgoing CEO Mark Pincus, who reportedly holds 61 per cent of voting power, sent a note to Zynga employees explaining his decision to get a new CEO. The note was featured in the Zynga corporate blog, accompanied by a picture of the two.

Mark Pincus: As I reflect on the past six years, I realize that I’ve had the greatest impact working as an entrepreneur with product teams, developing games that could entertain and connect millions. I’ve always said to Bing and our Board that if I could find someone who could do a better job as our CEO I’d do all I could to recruit and bring that person in. I’m confident that Don is that leader.

In a separate blog post, the newly appointed Don Mattrick, accompanied by yet another picture of the duo, spoke about his decision to join as Zynga CEO.

Don Mattrick: I joined Zynga because I believe that Mark’s pioneering vision and mission to connect the world through games is just getting started. As Mark was recruiting me to come here, I was impressed by his creativity, drive and the clarity in which he sees the future of games and entertainment as a core consumer experience.

And this is how Words with friends is played.