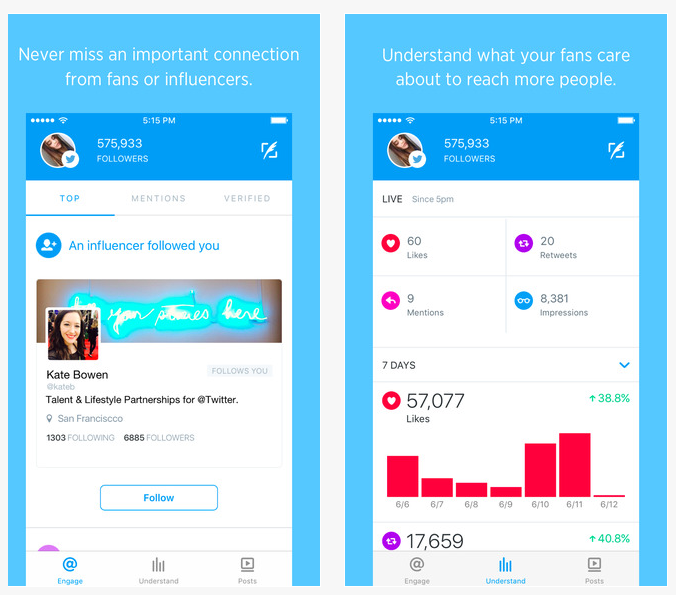 Twitter has unveiled Twitter Engage, a new standalone app for power users to interact with their fans. Twitter Engage will let users monitor engagement, and offer analytics on how their Tweets are performing. Users will also be able to monetize their content directly within the app. The app also suggests curated recommendations.

In another update, the microblogging site said now users will be able share longer videos on Twitter, and people will begin to see longer videos on Vine. Users can create and share videos up to 140 seconds on Twitter; previously consumer video uploads were limited to 30 seconds.