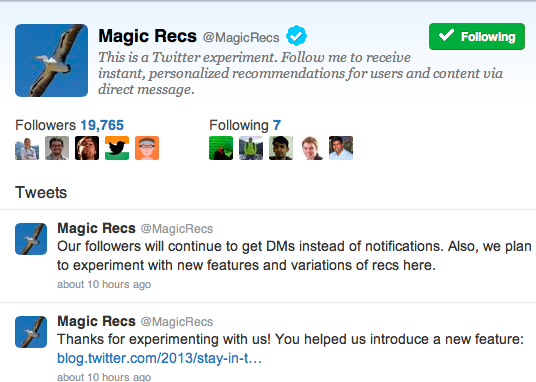 Twitter has rolled out a new feature that sends users personalized recommendations. The suggestions are based on multiple people in their network following the same user, or favoriting or retweeting the same tweet. Twitter for Android and Twitter for iPhone users will receive recommendations via a push notification.

Twitter built this feature based on an experimental account, @MagicRecs, which is still operational, and will continue to be so.