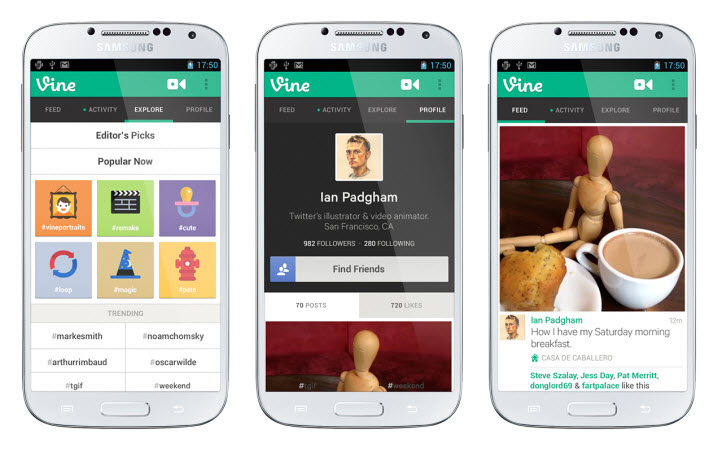 Twitter has launched Vine for Android, its mobile app that lets users capture and share short looping videos. The Twitter Vine for Android app includes features shared by its iOS app counterpart, and gets a feature that’s unique to Android – Zoom.

Sara Haider (Android Engineer, Twitter): Of course, this is only the beginning –– we have exciting plans for features that could exist only on Android.

The Vine Android/iOS apps are not perfectly in sync, but that won’t be the case for long, says Twitter. Over the coming weeks, users will see updates with new features –– including front-facing camera, search, mentions and hashtags, and the ability to share to Facebook –– as well as bug fixes and performance improvements.