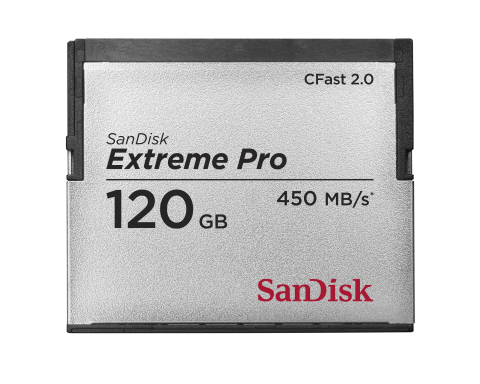 SanDisk has launched the Extreme Pro CFast 2.0, a 120 GB memory card based on CFast 2.0 technical specifications, that the company says is the world’s fastest memory card.