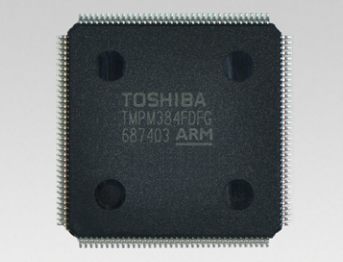 The microcontroller can be used in motor control equipment, home appliances such as air conditioners, refrigerators, dishwashers and microwave ovens, among other things, says Toshiba.

Mass production is scheduled to start in November this year.