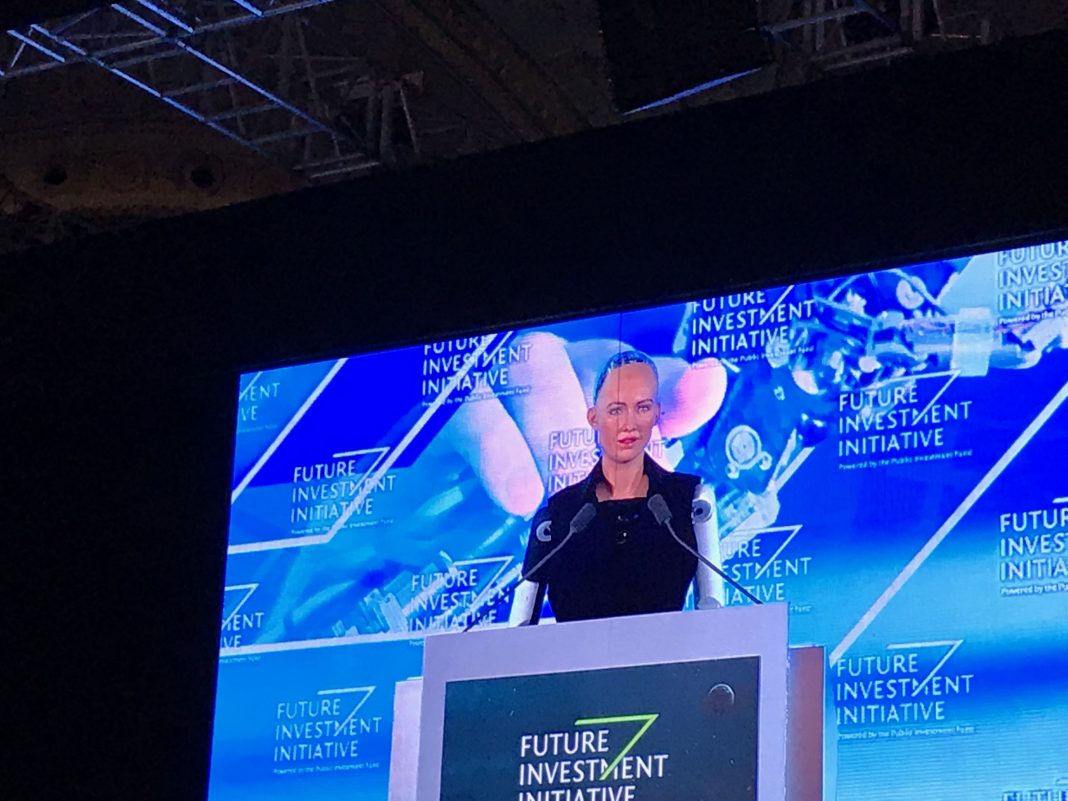 Sophia a humanoid robot built by Hong Kong-based Hanson Robotics, was granted citizenship by Saudi Arabia on Wednesday; the first country in the world to do so reportedly. “I am very honored and proud for this unique distinction,” Sophia told the panel. “It is historic to be the first robot in the world to be recognized with citizenship.”

The citizenship announcement was made at the Future Investment Initiative (FII) summit in Riyadh, a conference hosted by the Public Investment Fund (PIF) that aims to highlight the country’s Vision 2030 plan for the future.

Robotics is expected to be a big feature of a $500-billion  industrial and business zone named NEOM to be set up in northwest Saudi Arabia. PIF, Saudi Arabia’s main sovereign wealth fund, is one of the main backers of NEOM.

[Image courtesy: The Center for International Communication, Ministry of Culture and Information, Kingdom of Saudi Arabia]