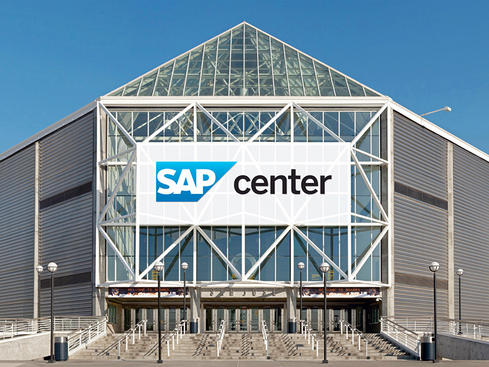 The newly-named SAP Center at San Jose was unveiled on Tuesday, in a ceremony attended by hundreds of employees of SAP and the Sharks. Hasso Plattner, the 69-year old founder of SAP, is also a majority owner of the San Jose Sharks. In its earlier avatars, the SAP Center was known as the HP Pavillion, and Compaq Center.

As part of the SAP Center agreement, approximately $375,000 per year will be directed to the Sharks Foundation, which is dedicated to enhancing the lives of youth and families in the community.  SAP will provide the City of San Jose $1.625 million per year in support of critical services. The deal is part of a five-year agreement between the city and SAP.