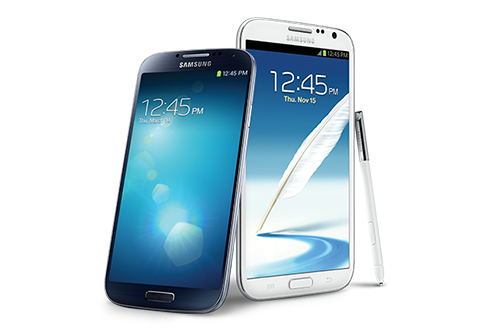 The growth in the mobile phone market was partly driven by vendors from outside the top five who experienced torrid shipment growth that outpaced the overall market. Several vendors, including Alcatel and Huawei, had high double- and triple-digit growth rates in the second quarter for their Android-based offerings shipped to high-growth countries such as China and India. In 2Q13, these vendors from outside the top five accounted for 44.8% of the overall shipment volume, up from 42.2% in the same quarter one year ago.

Kevin Restivo (Senior Research Analyst, IDC): Though Samsung and Apple are the dominant players, the market is as fragmented as ever. There is ample opportunity for smartphone vendors with differentiated offerings.

Market opportunities exist at all levels, including the high end, according to IDC. While Samsung and Apple accounted for significant share of the overall market, they were not the only vendors active in the high end of the market, and recent device introductions and upcoming launches signal more vendors targeting this space. Comparisons will certainly be made to the flagship Galaxy and iPhone models, but clearly the competition refuses to be shut out altogether, says IDC.

Samsung, on the heels of its Galaxy S4 launch during the quarter, accounted for nearly a third of the entire smartphone market. The Galaxy S 3 smartphones also saw renewed interest following discounted prices in advance of the Galaxy S4 launch. By the end of the quarter, Samsung more than doubled the total volumes of the next largest vendor, and shipped more units than the next four vendors combined.

Apple posted its second-lowest year-over-year iPhone growth rate in almost four years as some buyers presumably held off on iPhone purchases in advance of an expected next-generation device launch this fall.  31.2 million iPhones were shipped last quarter. Apple’s flagship iPhone 5 model, which has been in the market for three quarters, was faced with global competition in the form of Samsung’s Galaxy S4 and HTC One models. Apple’s growth is likely to accelerate globally, assuming it launches a lower-cost iPhone and continues to penetrate prepaid markets in the quarters to come.

LG sustained its momentum from the first quarter of 2013 with total shipments more than double the volume from a year ago for the second consecutive quarter and staying slightly ahead of the competition to retain the number three position. The company realized a profit from its steady diet of Android-powered smartphones, a feat that very few Android vendors have been able to realize. Now that LG has reinvigorated its product portfolio with the Nexus 4 and the Optimus G Pro, the company is aiming to branch out further into the high end with its upcoming G2, and into the mass market with its L-Series II and F-Series smartphones.

Lenovo returned to the smartphone top five after a two-quarter absence, reaching double-digit shipments in the process. Its volume for the quarter was driven in large part by shipments to 3G operators in China where it is based. A variety of its LePhone brand family phones, such as the A728t, were among its popular models last quarter. Lenovo hopes to build on its recent success with international diversification efforts that will lead it to regions like Latin America in coming quarters.

ZTE finished among the smartphone leaders for the fourth straight quarter thanks to its success in the Asia/Pacific region. ZTE has set a goal of 50 million smartphone shipments this year. The company is trying to reach its goal in part by selling 11 LTE-enabled smartphones. ZTE is selling higher-cost products in a wider variety of countries including India where it recently launched six new smartphones, such as the Grand X, this month.