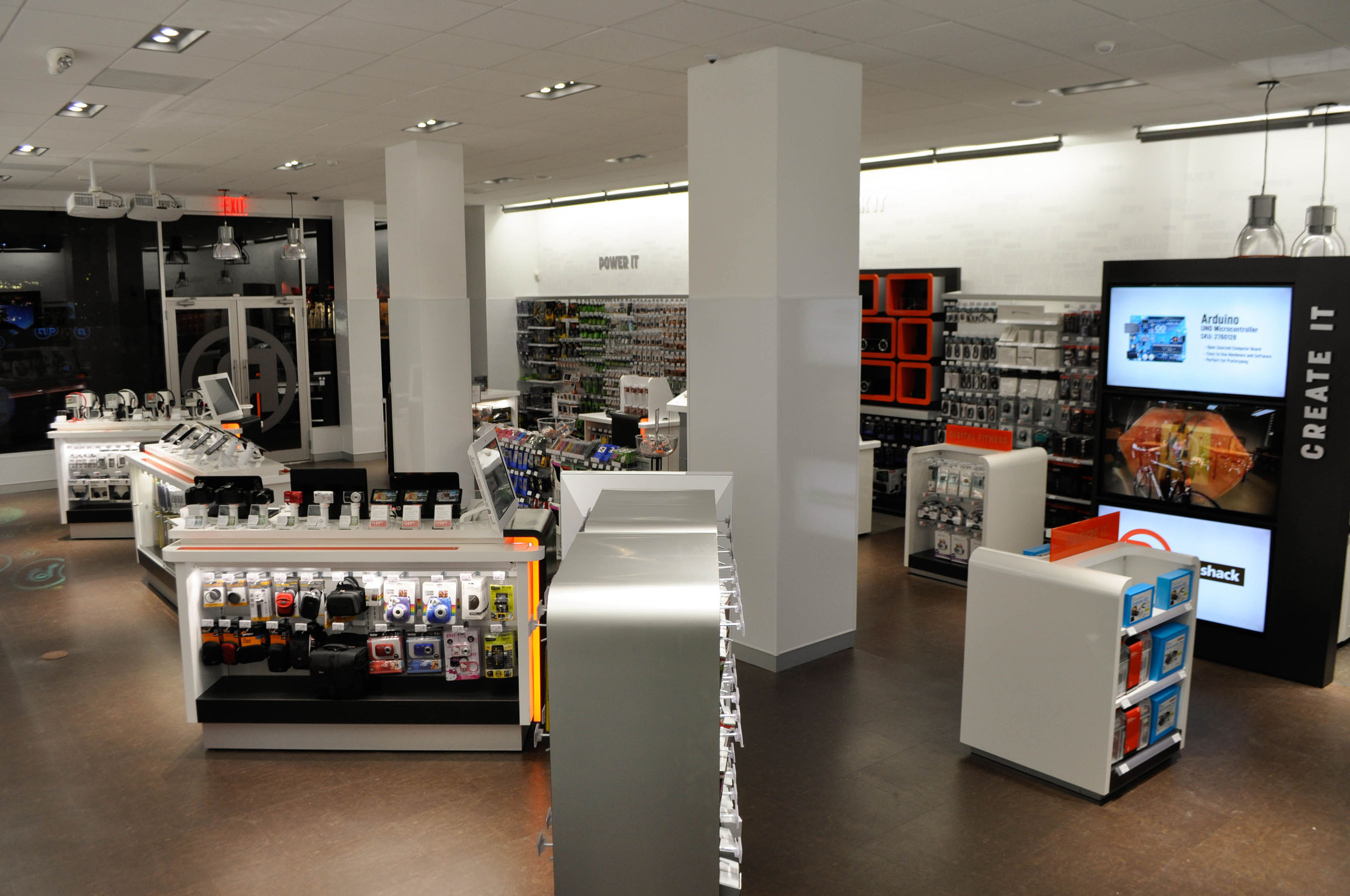 RadioShack opened the doors of a concept store in Manhattan. The company plans to open similar outlets both in the US and internationally, in the coming months. RadioShack will also be revamping several of its existing 4,300 stores, based on feedback from the concept stores, says the company.

Located in Manhattan’s Upper West Side, the store aims to attract tech-hungry shoppers who will find interesting products in a store designed to make the buying experience fun, says RadioShack.

The store features displays highlighting brands like Apple, HTC and Samsung, as well as mobile carriers such as AT&T and Verizon; store fixtures that enable shoppers to find and compare products, like a Speaker Wall allowing customers to compare speakers by playing music from their own Bluetooth-enabled mobile devices, and a display demonstrating the capabilities of several models of GoPro cameras, among other things.

Over the next several weeks, RadioShack plans to open a variety of different store configuration prototypes in the New York metropolitan area, as well as in New Jersey and Texas. The configurations will be customized based on locations, local buying patterns and neighborhood needs.