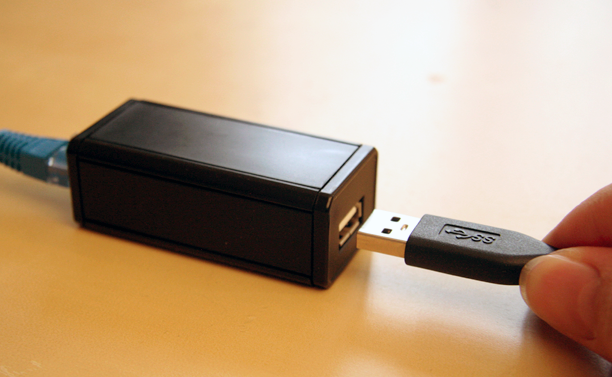 Plug, a crowdfunding campaign launched on Kickstarter on Wednesday, has met its funding goal after being live on the website for only 12 hours. The campaign collected $118,000 in its first 24 hours, and snagged 1,638 pre-orders. At the time of writing (later during the day), Plug had 1,926 backers and raised $158,119.

Plug is a small $69 adapter that acts like the brain of your devices, according to Cloud Guys, the US/French startup behind the device. Plug works a lot like popular cloud services like Dropbox or Evernote, but with one significant difference – your files are stored within your premises.

Plug enables you to transform your old USB drives into a memory, common to your smartphone, tablet and computers. Install Plug, and your devices will start storing all of their content in this common memory.

What Plug does is create a VPN (a ‘virtual private network’ or VPN extends a private network across the Internet) between your devices. If you want to, say, use a smartphone to access files stored in your home machine, Plug hooks you to the network. Now, whenever you’re connected to Internet, it’s just like all your devices had exactly the same size: the size of your Plug. The initial size of your devices doesn’t matter anymore.

Once Plug is installed, it unifies the memory of all the users’ devices (smartphones, tablets, computers, TVs), removes their limits of size, introduces a technology for instant file sending.

Users can make files available offline with Plug (like with Spotify). Plug is also compatible with backup services such as BackBlaze or CrashPlan.