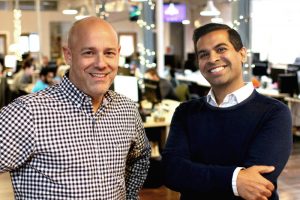 Parking technology company ParkWhiz has appointed Yona Shtern as its new chief executive officer, assuming the role from founder Aashish Dalal who will become chairman of the company’s board.

Mr. Shtern was co-founder and CEO of Beyond the Rack, an e-commerce marketplace. He has served as the ParkWhiz chairman for the past year.